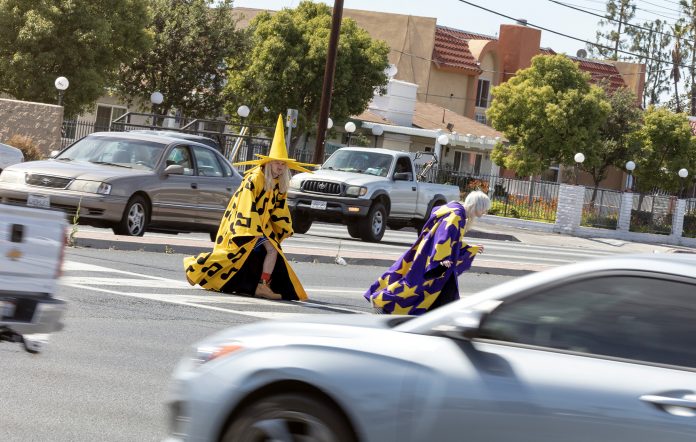 100 Gecs have postponed their UK and European headline tour until next summer.

The US duo, whose second album ‘10000 Gecs’ is due to arrive in early 2022, announced a string of shows for January and February earlier this year. It came ahead of their latest single, last month’s ‘mememe’.

Following planned performances in Europe, 100 Gecs were set to touch down in the UK on February 9 for a concert at the O2 Forum Kentish Town in London. Further stop-offs were scheduled for Manchester (February 11), Dublin (12) and Glasgow (15).

According to the band’s official website, those shows will now take place in late August and run into September. Their European tour has also been delayed until the summer – see the full revised list here.

100 Gecs’ rescheduled UK and Ireland 2022 tour dates are as follows:

While an official announcement is yet to be made, it’s likely that the postponement is due to the spread of the new Omicron COVID variant. Acts such as Sam Fender, The Charlatans and Supergrass have also pushed back gigs recently as a result.

The government is attempting to suppress the strain by triggering ‘Plan B’ measures in England, which include COVID passes and the use of face coverings in certain settings. Additionally, there’s been a push for everyone to come forward for their booster jab.

Elsewhere, it’s been reported that up to 40 per cent of fans are not showing up to scheduled UK concerts over safety concerns. The Music Venue Trust, meanwhile, found that 61 per cent of grassroots venues were forced to cancel at least one event over the course of one week.