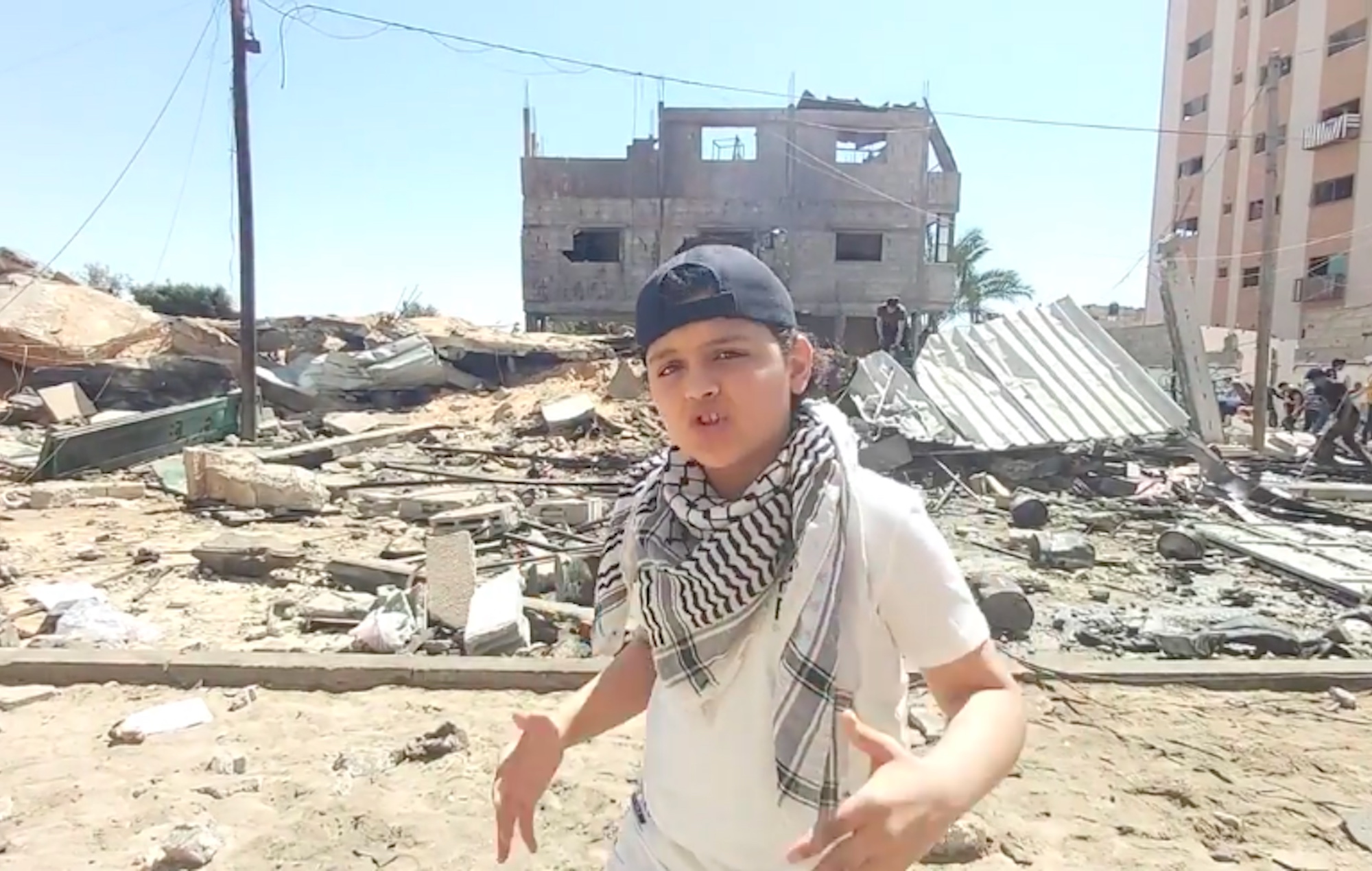 A young rapper from Gaza has gone viral, after penning and performing a free verse about the current Israel-Palestine crisis over an Eminem beat.

In the track, assisted by Irish producer Garraí Mac (aka GMCBeats), the 12-year-old MC Abdul delivers impassioned bars over the beat of Eminem’s ‘Cleanin’ Out My Closet’.

The young MC raps for about a minute about the violence the territory has experienced throughout the crisis, which according to the New York Times has killed at least 227 people in Gaza and 12 in Israel.

“Palestine’s been occupied for decades, but a home for centuries / This land has generations of my family’s memories,” Abdul raps on the track, titled ‘Palestine’.

“Imagine being kicked out of the only house you’ve ever known / We’re praying for our souls while they’re preying on our homes,” he adds.

“This past week has been very tough for my home, Gaza City. I just want the world to know about the situation in Palestine,” Abdul wrote in the caption of his post.

“Music is what keeps me going. Stay safe everyone. All we want is peace.”

Watch the rap below:

The video, uploaded four days ago, has since been viewed over 4.5million times on the rapper’s Instagram account. Over 20,000 comments have been left on the post, many praising the talented young artist for his message.

Palestinian-American producer DJ Khaled shared the clip on his own Instagram account, writing, “Bless up the young world @mca.rap. Praying for Love and peace to the world and Unity! Praying for love and peace 🇵🇸  and the whole world everyone love and peace. LOVE IS THE ANSWER.”

The current crisis between Israel and Palestine began after Israeli police blocked off the Damascus Gate, where Palestinian Arabs typically gather for Ramadan.

That led to an attack on Orthodox Jews, which in turn led to the Israeli police raiding the al-Aqsa Mosque, according to various news outlets including Vox.

A series of airstrikes and rocket attacks followed between Israel and Palestinian militants, with Israel attacking Gaza with hundreds of airstrikes it claimed were targeting Hamas bases. Hamas and other militant groups have retaliated with rockets aimed at Israeli cities, many of which have fallen short or been intercepted by Israel’s “iron dome” defence system.

As the current conflict reaches its 11th day, the New York Times reports that a ceasefire between Israel and Hamas could soon be reached, as US President Joe Biden has told Israel Prime Minister Benjamin Netanyahu he “expected a significant de-escalation today” on Wednesday (May 19).

Protests in support of the Palestinian people have taken place around the world in the last week, and numerous artists have spoken out about the crisis, including Nadine Shah and Primal Scream. Last week, Rage Against the Machine and Halsey were among those that also showed solidarity with Palestine.

“The violence and atrocities we are witnessing in Sheikh Jarrah, the Al Aqsa compound and Gaza are a continuation of decades of Israel’s brutal apartheid and violent occupation of Palestine,” RATM wrote on Twitter. “We stand with the Palestinian people as they resist this colonial terror in all its forms.”

Halsey, meanwhile, called it “wilful ignorance to conflate these simple horrors with religion and geopolitics”.

“It is not ‘too complicated to understand’ that brown children are being murdered and people are being displaced under the occupation of one of the most powerful armies in the world,” she wrote.