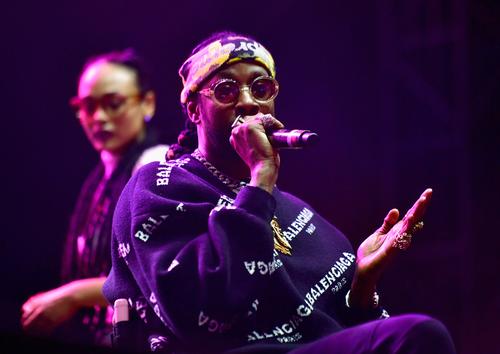 2 Chainz Says New Album Is On The Way

It looks like 2 Chainz has some more music on the way. After hitting us with his “Chloraseptic” remix with Eminem last week, and being featured on Jeezy’s Pressure album, the ATL veteran just announced that he’s has a new album in the works.

Announced on Instagram early Friday morning, 2 Chainz says that a “new album is on the way,” while sharing a photo his “happy place” him on the stage. Unfortunately, Chainz didn’t give us any further information on the project, like when we could expect to hear it or a title, but at least it’s reassuring to know 2 Chainz is back in the studio.

Chainz last dropped f his Pretty Girls Like Trap Music album back in June, which featured guest appearances from some the biggest names in the game, including Drake, Travis Scott, Quavo, Nick Minaj, Swae Lee, Ty Dolla Sign, and more.

This announcement comes just days after 2 Chainz made headlines for voicing his frustration about his placement on the Governor’s Ball poster. Lacking due respect, Governor’s Ball placed 2 Chainz on the 9th line the billboard, which he replied with “Whoever did this flyer need to do it over !!! No capp !! I put in to much work to settle !! I ain’t goin for the buddy buddy Shit this year give me miness!!! #prettygirlsliketrapmusic platinum #4am platinum #gooddrank platinum #vibes platinum #bigamount platinum !! Numbers don’t lie and neither do I !!!!”

Check out 2 Chainz’s album announcement (below) and keep your eyes peeled for further information. Who’s excited to hear a new album from 2 Chainz?