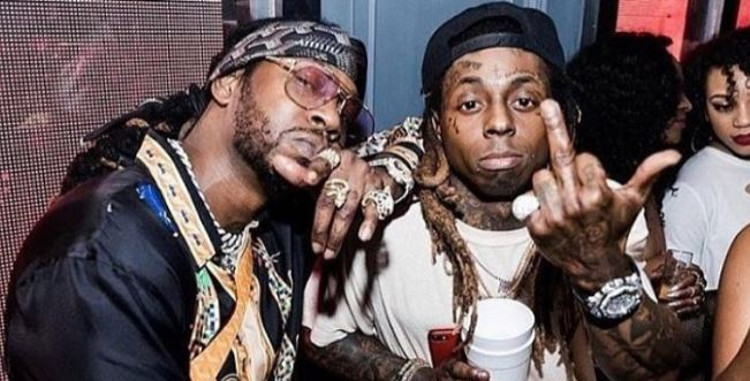 2 Chainz and Lil Wayne teamed up for the 2016 joint album ColleGrove.

Technically, it was a Chainz album, with Wayne featured on most the tracks. Which was basically a way to avoid Wayne's label issues.

Wayne's still beefing Cash Money, and we may soon get ColleGrove part 2.  (Or something to that effect). Today, Chainz jumped on IG and teased new stuff with Tunechi.

This is the second time this week an artist has hinted at a joint project with Weezy.

Juelz Santana jumped on the gram yesterday and suggested his I Kan’t Feel My Face album with Wayne, which was first proposed in 2007, is back in play.

Maybe "joint" albums are going to be the way Wayne gets new music out going forward.