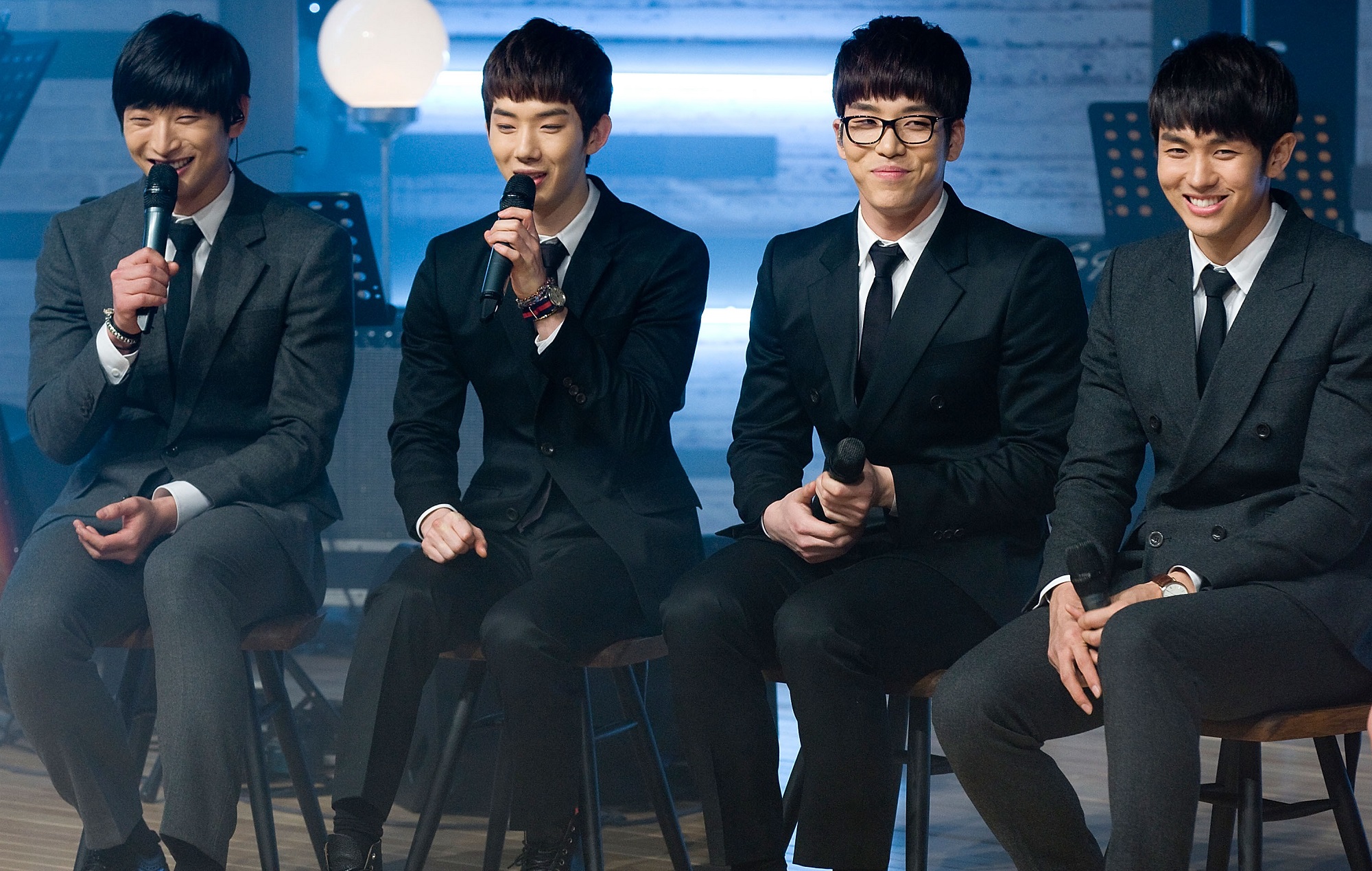 2AM have made their long-waited return after a seven-year hiatus with music videos for their new singles, ‘Should’ve Known’ and ‘No Good In Good-bye’.

Both clips star actress Kim So-hyun and Junho from boyband 2PM as a pair of former lovers who reflect on their breakup and the happy memories of their past together. Soundtracked by the two ballads, each music video appears to loop into the other, as the couple replay the moments they shared together.

Notably, ‘Should’ve Known’ and ‘No Good In Good-bye’ were composed by HYBE‘s Bang Si-hyuk and JYP Entertainment’s J. Y. Park, respectively. The two hit-makers had also penned the lyrics to each song.

‘Should’ve Known’ and ‘No Good In Good-bye’ both appear on 2AM’s brand-new mini-album ‘Ballad 21 F/W’. The project marks the boyband’s first release in seven years, since their 2014 full-length album ‘Let’s Talk’.

2AM – comprised of Jo Kwon, Lee Changmin, Lim Seulong and Jeong Jinwoon – made their debut in 2008, as a sibling group of boyband 2PM. Over their seven-year career, the vocal group released four studio albums and three mini-albums before going on hiatus in 2015 after three of the four members left JYP Entertainment.

Earlier this year, news outlet Herald POP, reported that the members had been discussing a possible comeback. At the time, Jo Kwon‘s agency Cube Entertainment said in a statement that the reunion was “being reviewed positively.”