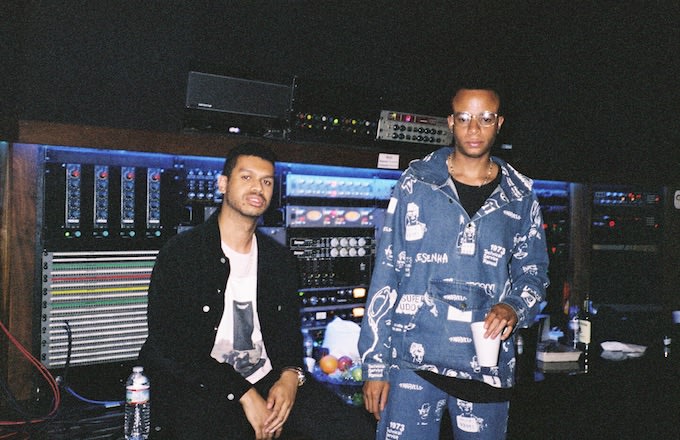 5 Rappers To Check Out This Week

Check out 5 rap acts you need to stream this week to get inspired and roll into the weekend in a good mood!

A key force in New York City’s flourishing rap scene, Take A Daytrip is spreading globally. As teenagers, Daytrip’s David Biral and Denzel Baptiste found inspiration in the music and culture of New York; both raised outside of the city, they met at NYU’s Clive Davis institute where they began collaborating. Their No Idle Studios became a hub of activity for out-of-towners (6LACK, YBN Cordae, Denzel Curry, Dua Lipa) and locals (Sheck Wes, Smooky Margiela) alike. Daytrip’s tendency to deliver signature records with up-and-coming artists highlighted a summer of electrifying live sets in 2019, with the duo bringing their show to Europe for Lovebox, Splashfest, and a Places + Faces-hosted Boiler Room, as well as a headlining slot in MoMa’s PS1 series.
Best known for smash hits like Sheck Wes’s “Mo Bamba” and Lil Nas X’s “Panini,” among other collaborations with high-profile artists such as Big Sean, G-Eazy, Juice WRLD, Vince Staples, and Kevin Gates, the duo’s signature tag “Daytrip Took To Ten” has become practically unavoidable. Now, the Grammy-nominated producers have grown into headlining artists, beginning with the release of “Stressed,” featuring UK rapper Octavian in early 2019, followed by “Lighthouse,” which united the London’s slowthai with Washington, D.C.’s Rico Nasty and L.A.’s ICECOLDBISHOP. “Lighthouse” shows Daytrip’s philosophy in action, making the world smaller through music by bringing together artists from different places and backgrounds.

A new rapper to the game, Mav10 won’t stick to a genre but instead likes to express whatever is on his mind with sounds that suit the situation. Starting off, with a series of singles Mav has been bouncing between styles to build a portfolio of lyrical lines, blunt rapping and melodic flows. Reaching a small following, Mav wants to continue making music and build upon the loyal fans he has already reached. Collectively between Mav10, TNdonny and the guys from EXP Media we are looking forward for future plans consisting of EPs, albums and possibly live events.

Born and raised in South London, rapper/songwriter Swarve (who also goes by Tope Swarve) fell in love with music and began his journey of creating and writing through various forms of poetry. His intrigue for music led him full circle as he took up DJing for a couple of years at a young age. He is back now and doing what he loves most; making music and sharing stories!
With influences from musicians such as Nas, Q-Tip, Usher and Donell Jones, Swarve describes his sound and approach to writing as smooth, melodic and multifaceted. He incorporates their approach to his music, creating his own unique style of rap and storytelling that feels familiar & almost like home to a lot of us.
Balancing his work life while refining his sound over the last few years hasn’t been the easiest of tasks given the demand of time of both, but from 2021 onwards, Swarve has vowed to put out more music which will be evident for all to hear soon…

The versatile Shwensdz has been musically gifted from an early age. Set out to become a performer and professional pop, R&B, Hip-Hop Singer, he believes natural ability will only take a talented artist so far, but a strong will and determination has helped push his artistry forward and continues to drive their development and success. Shwensdz has won over the hearts of music lovers from all walks of life; performing at a variety of venues, making loads of public appearances, all the while recording new music.
Shwensdz’ unique skill set has allowed him to excel in a wide spectrum of genres, from pop to R&B, Hip-Hop, and even crossovers. Transcending genres and offering visionary innovations, he pushes established boundaries to unexplored destinations. Shwensdz is steadily building a solid reputation for himself in the game, and his three latest releases are there to prove his explosive momentum.

Coming from the Mecca of rap music, Atlanta, GA, KEY! is a hidden figure for the genre and city itself. KEY! was born and embedded in Atlanta, and has an obvious mark on the culture and music of the city, let alone rap music itself. KEY! is unapologetically himself 24/7. He has a specific way of going about life and navigating the world—constantly creating and never stopping the momentum towards reaching his goals. This combination creates a calculated KEY!.
While KEY! is constantly being requested to record features on songs, he is currently evolving to reach the most elite level of creativity and production as a solo recording Artist. KEY! has one goal in mind: to win.
777 is KEY!’s Reasonable Doubt moment. This project is the cleanest, most commercial version of KEY! that he’s putting into the world. Working with only one producer Kenny Beats and excluding any features from the album, KEY! releases 777 as a project that depicts himself as an Artist in pure form… young, methodical, and a positive influence.