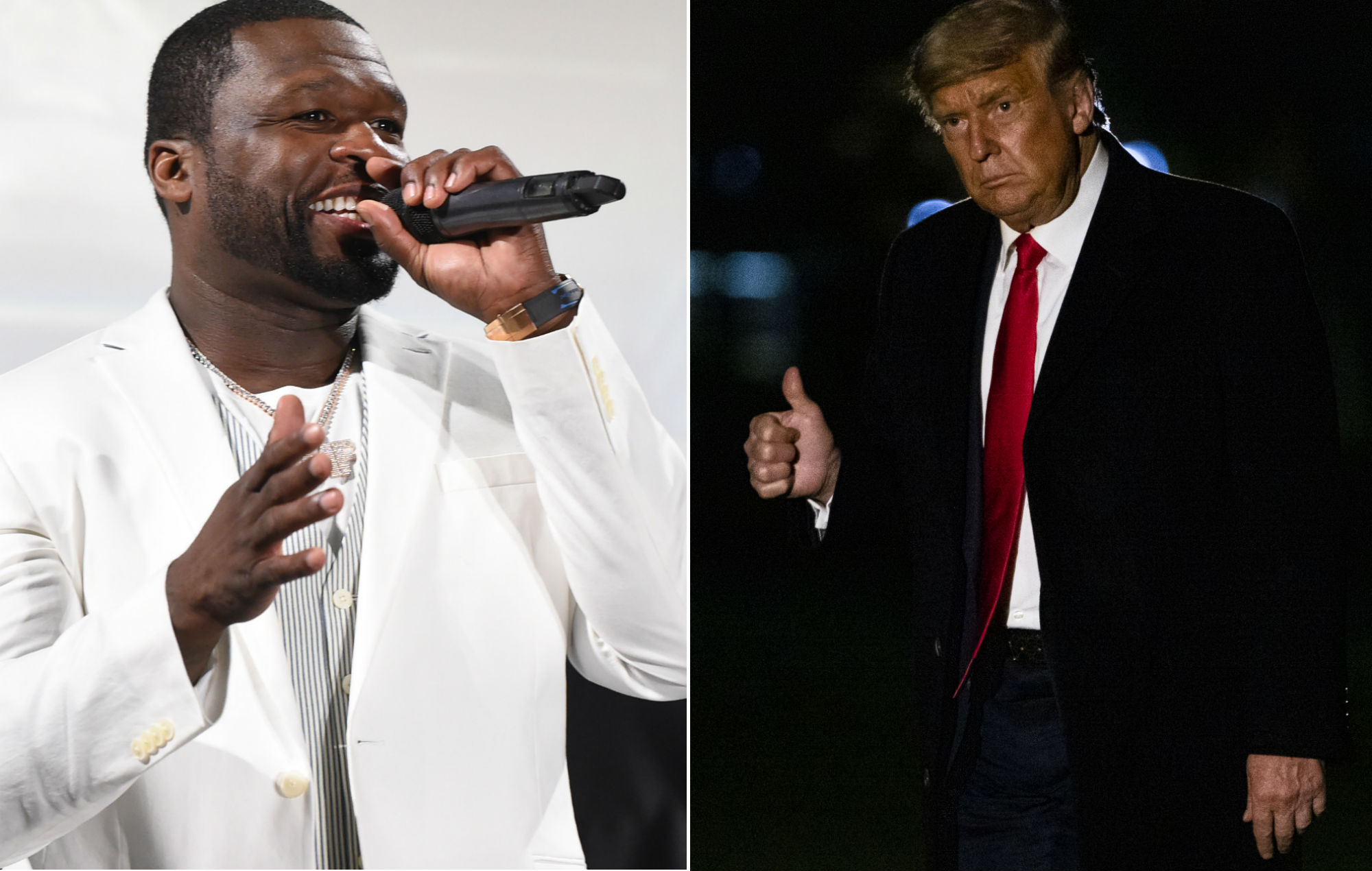 50 Cent backpedals on Trump support, claims that he “never liked him”

50 Cent has backpedalled on his support for US President Donald Trump, following a social media grilling from comedian and ex-girlfriend Chelsea Handler.

The rapper caused a stir earlier this month when he said that Biden voters in New York City were “out of [their] fucking mind”.

👀WHAT THE FUCK! (VOTE ForTRUMP) IM OUT, 🏃‍♂️💨FUCK NEW YORK The KNICKS never win anyway. 🤷🏽‍♂️I don’t care Trump doesn’t like black people 62% are you out of ya fucking mind. 😤

Jackson then doubled down on his support for the incumbent President, apparently voicing concerns about Joe Biden’s financial policies.

“i don’t want to be 20cent,” he wrote in a social media post which has since been deleted.

Now, 50 Cent has backpedalled on his support for Trump, after Chelsea Handler tweeted that she would “pay [50 Cent’s] taxes in exchange for you coming to your senses”.

Handler also joked on The Tonight Show starring Jimmy Fallon that she would consider going “for another spin” with 50 Cent if he publicly denounced Trump and reneged on his support.

Handler’s message appears to have gotten through to the rapper, who withdrew his support for Trump in a social media post yesterday (October 26).

👀a what, 😳another spin 💫Fuck Donald Trump, i never liked him. 🤨for all i know he had me set up and had my friend Angel Fernandez killed but that’s history.LOL @chelseahandler @jimmyfallon

“for all i know he had me set up and had my friend Angel Fernandez killed but that’s history. LOL,” he added, cryptically.