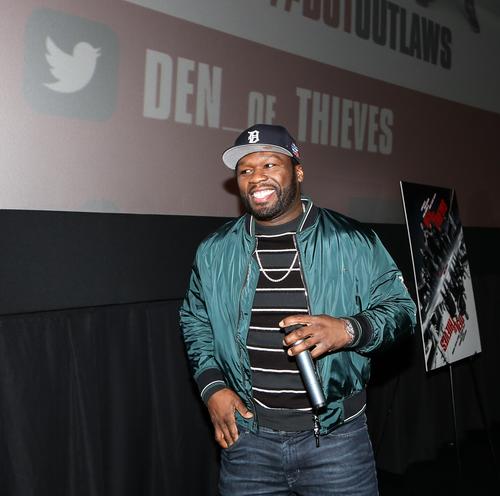 50 Cent Beefing Up At The Gym For New Underwear Campaign

Did you forget about 50 Cent’s underwear line? If you did, we don’t blame you because the man has so many businesses it’s hard to keep count. Also, it would be a little sus to keep 50 Cent’s venture into the underwear business on your mind at all times… just sayin’. Regardless, Fiddy reminded us all that he’s launching a new campaign with Frigo, the luxury undergarments company with whom he partnered with in 2014. 50 never stops making money, becoming a business mogul by helping launch the Vitamin Water brand and following in Dre’s footsteps by founding SMS Audio.

RELATED: 50 Cent Sends Out “Many Memes” For Valentines Day

Curtis Jackson, the man who famously survived 9 gunshots, makes sure to stay up on his fitness when he’s not making money moves, posting a picture to his Instagram page where he poses shirtless, smirking to the camera. The photo is captioned, “I’m back in the gym, gotta get Ready for this FRIGO campaign. l got 6 weeks, I’m on it. #FRIGO #denthieves#theoath #POWER.” Fif casually shows f his Versace belt and a black watch while promoting his latest business ventures, including the aforementioned Frigo.

50 has six weeks to get swole for his upcoming underwear campaign, something that Ja Rule is almost sure to clown him about. You’ll need to be balling if you want to cop anything from the line, as a single pair boxer-briefs will run you around $45, with six-packs costing $250.