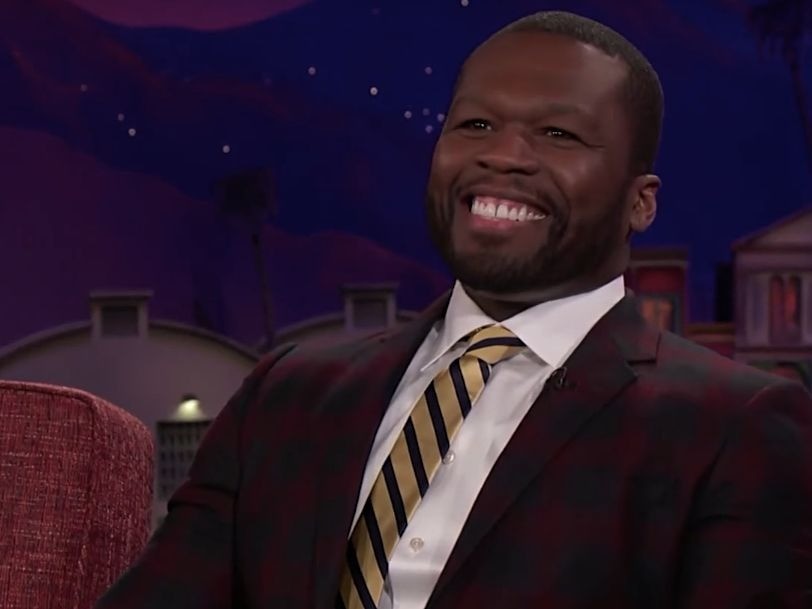 Burbank, CA – Curtis “50 Cent” Jackson was a recent guest on Conan, where he broached a bevy Hip Hop related topics. At one point during the interview, the Power executive, who never fails to speak his mind, compared Kanye West’s confidence to that Donald Trump’s.

With a menacing smile plastered across his face, 50 recalled all the powerful figures West has drawn parallels to over the years, including Michael Jordan, Walt Disney, Steve Jobs and Jesus.

“Like Kanye will compare himself to Steve Jobs, Picasso, Michael Jackson, Michael Jordan, Walt Disney,” he said. “I think this is a big part building your self-esteem but building it astronomically. You see yourself as the greatest everything.”

Conan replied, “He’s doing the same thing …” before 50 jumped in with, “… as Trump. It’s the same thing. It comes from that portion your career where nobody actually believes in it. You have to have so much confidence for it to continue to exist. It builds up so high, he just had a harder time before that.”

Elsewhere in the interview, 50 also touched on his comments regarding JAY-Z’s 4:44, which he compared to “golf course music” last July, shortly after the release Hov’s 13th studio album.

“Hip Hop culture is connected to youth culture,” he said, “The kids gon’ bring new, innovative stuff. He just had the maturity bled f into the material. It’s cool for me, like in my car, I’m listening to it but the kids, I don’t see them actually listening to it.

Watch the clips above.