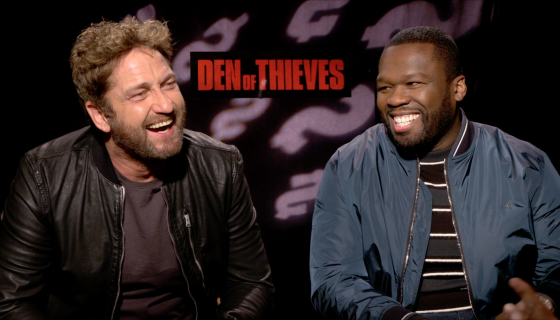 50 Cent and Gerard Butler sit down to discuss their new film Den Thieves, working together on Power and the proper way to say 50 Cent. In their new movie, which hits theaters this Friday, January 19th, an elite unit from the Los Angeles County Sheriffs squares f against a crew successful thieves who plan a seemingly impossible heist — the city’s Federal Reserve Bank. O’Shea Jackson Jr and Pablo Schreiber round out the cast this movie and it’s a must see. A slow start that picks up quickly and leaves you with your jaw on the ground by the end the movie is the first must see movie the year.