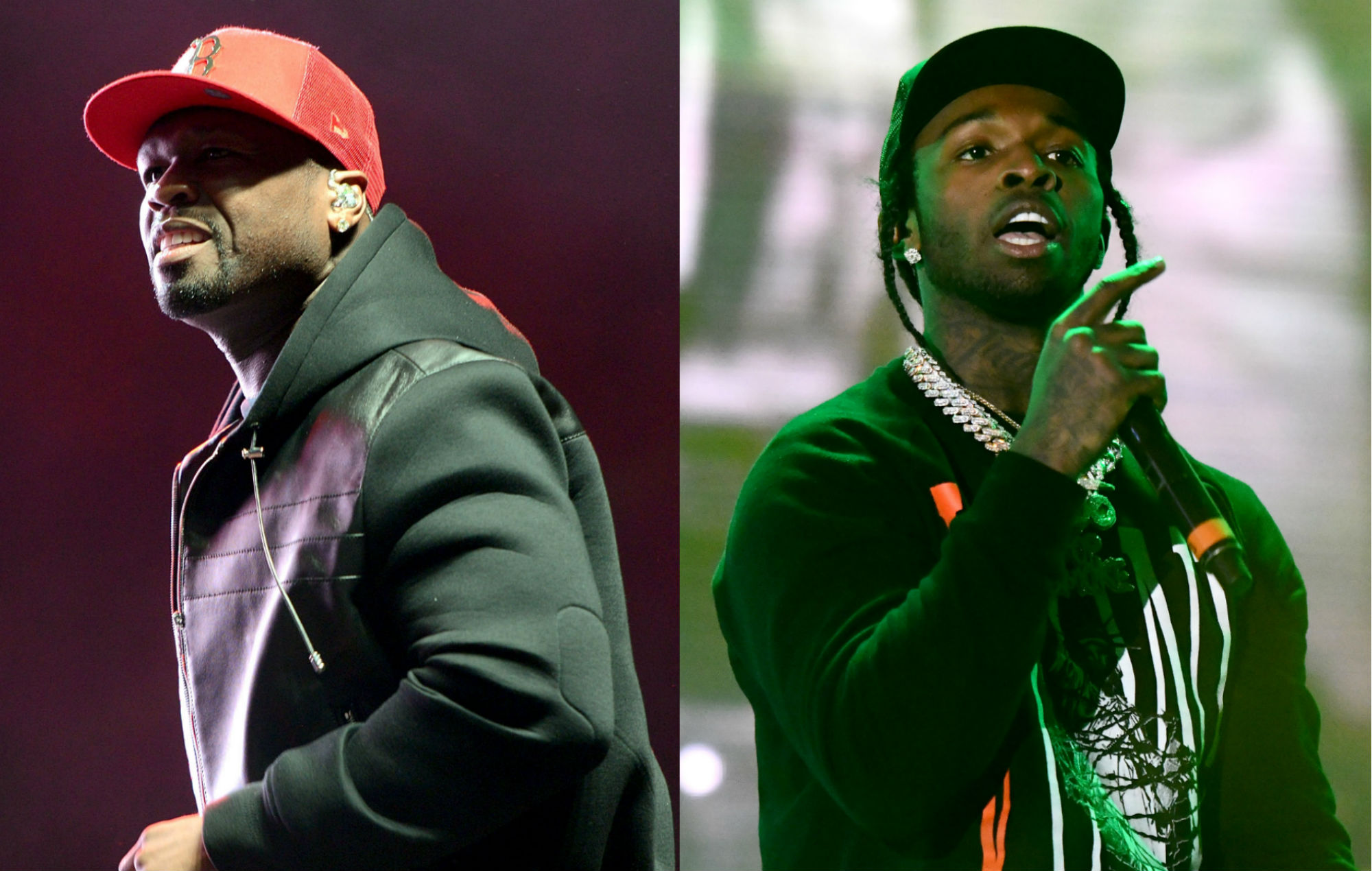 50 Cent has spoken about Pop Smoke‘s posthumous debut album ‘Shoot for the Stars, Aim for the Moon’ which is due to land next month.

The legendary rapper was a mentor to the young star, who died aged 20 in February after being fatally shot during a home invasion in California.

50 Cent spoke to the New York Times for a memorial piece published on Thursday (June 25) along with a host of other musicians, friends, producers and industry employees who worked with Pop Smoke.

“The first two tapes versus this album?” 50 Cent said when answering how Pop Smoke’s debut album stacks up against his first two EPs. “You’re going to see that we really just lost something big. He said to me he wanted to take his mother to an award show. I would like to be able to do that.”

Elsewhere in the article Skepta spoke of the bridge Pop Smoke formed between the UK drill scene, which originated in London, and across the pond in Smoke’s native New York. “[Pop Smoke’s death] hit London hard. It’s the first time we’ve embraced someone and they’ve embraced us the same – not for no clout, it was real,” Skepta said.

“He knew what he’s doing is really London drill, a mix of grime and drill and the bounce of dancehall,” he added. “It’s a real London fusion. He was just trying to be about it – really in the streets, not no big entourage. My man came through very, very cool. It’s hard to meet people like that, especially from America sometimes. It’s like you guys are the TV and the rest of the world is watching, so it’s hard to really feel someone properly. But when I met him in real life I was like, wow, this is a real new age type of gangster rapper.”

Steven Victor, founder of Victor Victor Worldwide records, the label to which Pop Smoke was signed, remembered Smoke as an ambitious rapper who wanted a taste of the high life. “He would always be saying, ‘You’ve got to take me on one of them jets, man. I need to know what that feels like.’ I said, ‘I’ll rent you a studio and if you want to record, you go record. Or if you want to just chill, you could chill. I’ll get you a jet.’

Victor added that the jet he chartered “was actually Cristiano Ronaldo’s jet”. “I didn’t know whose jet it was, I just chartered it.”


Quavo from Migos, who worked with Pop Smoke on the song ‘Shake The Room‘, also spoke about how special Pop Smoke was. “He was new, but I felt like I was talking to somebody that had been in the game for three years already. When I see somebody like that, I feel like I need to share my information, you know? So I told Steven [Victor], ‘Hey, I’ma big bro him. I’m going to put him down on the dos and don’ts’.”

Pop Smoke’s ‘Shoot for the Stars, Aim for the Moon’ is released on July 3.