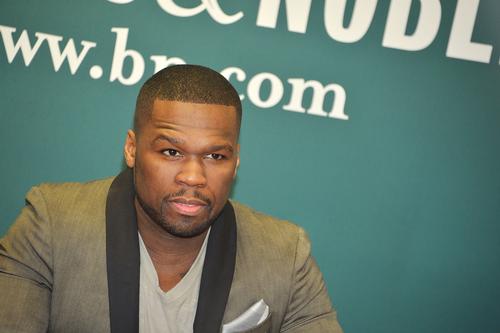 50 Cent has been focusing his efforts almost exclusively on his budding career as a television and film mogul over the last little while. It’s a decision that, at least in the short term, has paid huge dividends for him. Not only is Power, the Starz series that he’s helped guide through various production stages, a hit with audiences but, as last night, it pulled its weight on the awards circuit as well.

The TV drama took home multiple NAACP s Awards for its outstanding work throughout 2017, including a victory in the category Best Drama on the small screen. Star Omari Hardwick also walked away with the prize for Best Actor, a reward for his, well, powerful work as James “Ghost” St. Patrick. In short, Fif was ecstatic about his show coming away with such honors, and he wasn’t shy about expressing that on social media.

In one particular Instagram post, the rapper admitted that even he didn’t see this coming. “Ok now I️ didn’t think we were going to Win any awards,” he said in the picture’s caption. “After being looked over for 5 years, but it feels good,” he added. Those aforementioned wins go along with Naturi Naughton winning Best Supporting Actress in a Drama, making Power one 2017’s undisputed television heavyweights.

RELATED: Bizarre Goes In On Joe Budden: “You Had Nothin’ To Say About Curtis Jackson”

50 Cent isn’t resting on his laurels either. His upcoming film, Den Thieves, debuts in theaters across the United States this week, giving Mr. Jackson another opportunity to get a stranglehold on the Hollywood industry.