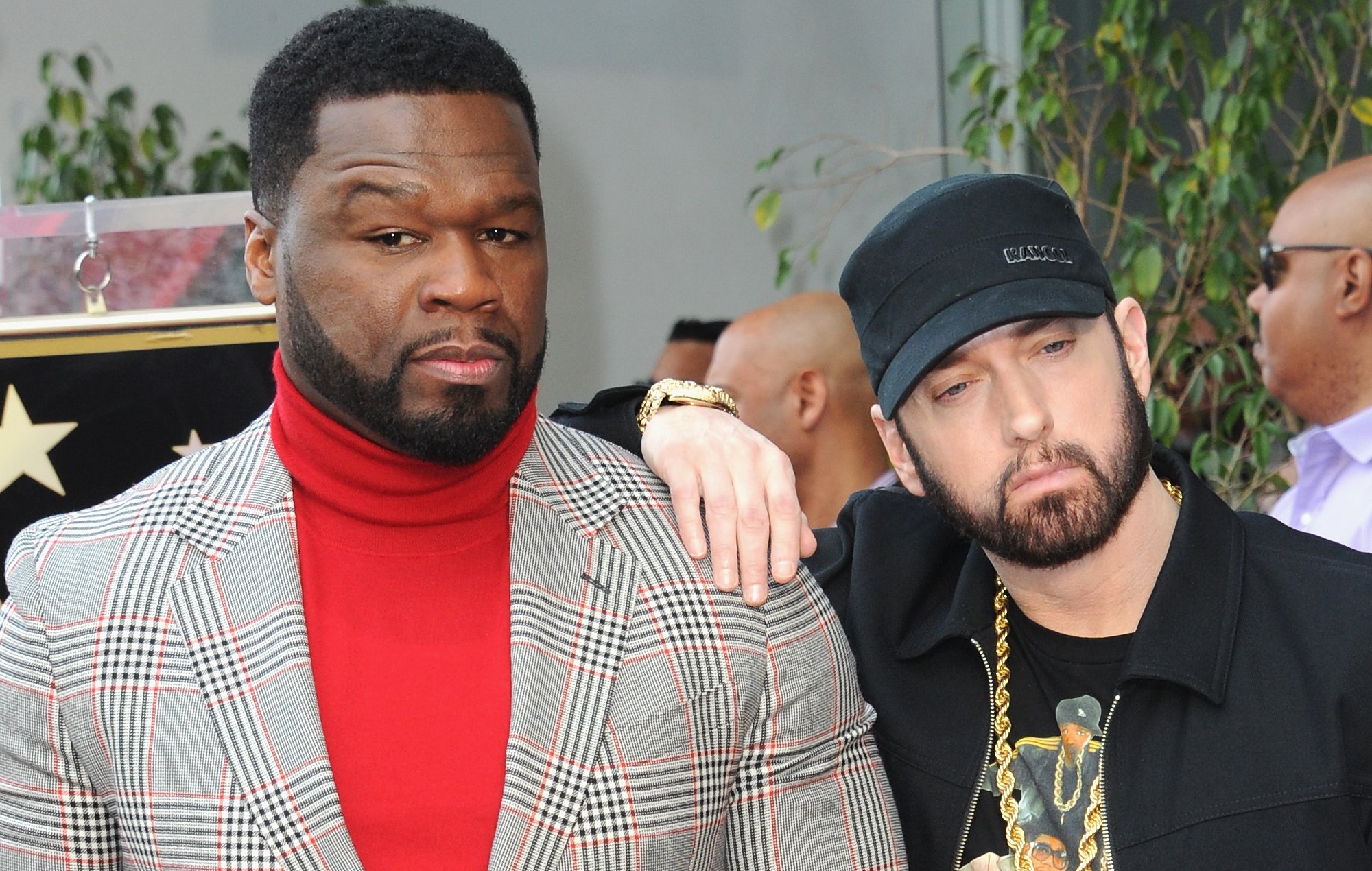 50 Cent has said that he doesn’t believe Eminem has been given enough credit for his impact on the world of hip hop.

During an interview on the podcast Ebro In The Morning to talk about his latest TV project Hip-Hop Homicides, the rapper explained that Eminem helped to make hip hop accessible to more people, thus raising the profile and popularity of the genre.

“I don’t think that they give Em the credit that he deserves,” he explained. “Because, in order for people to embrace something, they have to see where they fit in.”

He continued: “I think part of Eminem’s legacy is the growth of our culture. People wouldn’t buy it if they didn’t see where they fit into it. And he’s there and he’s a legitimate artist because of his journey. When you look at 8 Mile, you’re seeing a Black story with a white lead. You seeing poverty, you’re seeing [similar] circumstances. Look at his friends Proof and D-12 and everybody: these are real hip hop guys. Which is why he’s a real hip hop guy.”

50 Cent, whose real name is Curtis Jackson, was one of the many rappers who wished Eminem a happy 50th birthday on Monday (October 17). The pair have been friends and collaborators ever since 50 Cent signed to Eminem’s Shady Records imprint in 2002.

Taking to Instagram, 50 Cent shared a photo of Eminem wearing a party hat and holding a gun with the caption: “Happy birthday to my boy @eminem I love you. I’m wishing you many more God bless. I’m gonna come see you when I get done touring.”

Meanwhile, Public Enemy‘s Chuck D, who Eminem has cited as one of his hip hop heroes, shared his birthday message alongside an illustration he drew of the ‘Rap God’ hitmaker. “Goat50 looks good on you champ many more @Eminem @Rapstation365,” he tweeted.