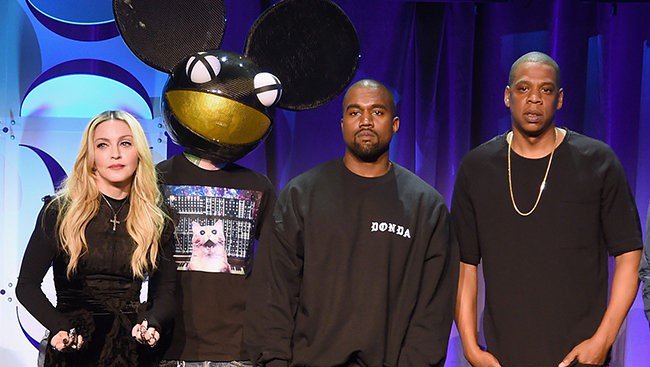 Kanye West and Tidal are reportedly in deep trouble for how they handled the release strategy of the rapper’s critically acclaimed and wildly successful 2016 album, The Life of Pablo. In fact, it could cost them $84 million in a fraud lawsuit!

It’s all because of one simple, yet very critical mistake. Ye said point blank upon his big release that he would “never, never, never” put his album up for sale on Apple/iTunes. They say, “never say never” — so saying “never” three times can’t be a good idea.

Flash forward, and Kanye West’s The Life of Pablo is available on leading streaming platforms, Apple and Spotify. That empty promise, “You can only get it on Tidal,” was simply untrue. It’s hard to say what Yeezy’s intentions were at the time, or owner Jay-Z‘s for that matter, but in the eyes of the law that’s fraud.

The case claims that many users were “fraudulently induced consumers to subscribe to Tidal” under the guise that The Life of Pablo would be exclusively streamed the platform. Henceforth, “consumers were uniformly tricked into handing over their private data and credit card information by a singular mistruth.”

Tidal has also been allegedly caught “manipulating stream numbers” for the same album in question here. However, the music giant denies any wrongdoing.

This past week, Judge Gregory Woods made a preliminary ruling on the case brought forth by the plaintiff, Justin Baker-Rhett. Certain claims were dismissed, but most importantly, Woods upheld the fraudulent inducement and unjust enrichment claims. This means that the case must now go to trial, or be settled out of court.