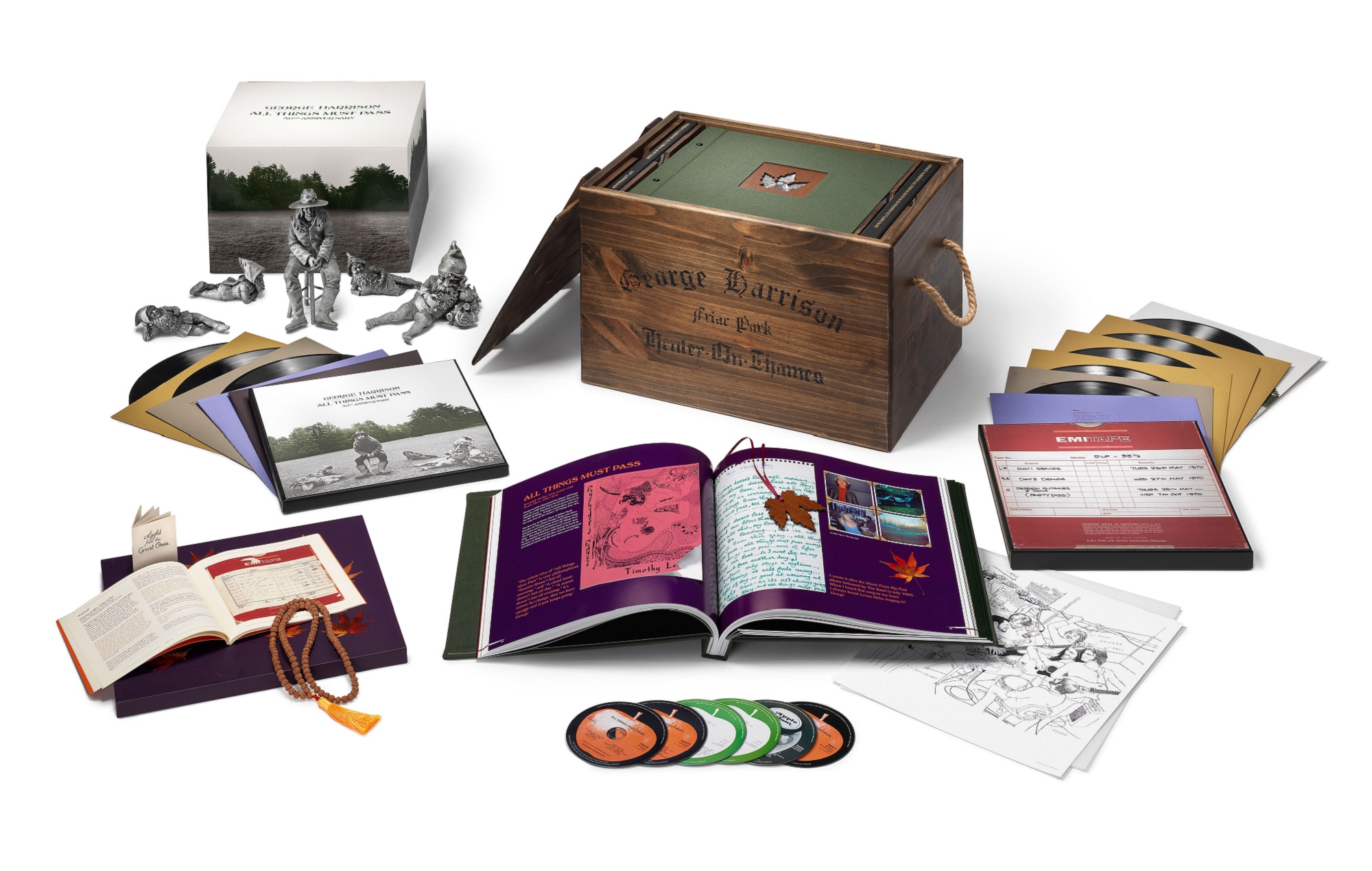 A huge boxset reissue of George Harrison‘s first post-Beatles solo album ‘All Things Must Pass’ has been announced to mark 50 years since its release.

The album has been completely remixed from the original tapes, with Harrison’s son Dhani serving as executive producer. Mixing comes from engineer Paul Hicks, whose credits include recent re-workings of The Rolling Stones‘ ‘Goat’s Head Soup’ and John Lennon‘s ‘Gimme Some Truth’.

“The new mix transforms the album by sonically upgrading it – making it sound brighter, fuller and better than ever before,” a press release for the new version reads.

The £859.99 ‘Uber Deluxe’ edition of the reissue comes with eight 180g vinyl LPs, five CD and one Blu-ray audio disc, housed in an artisan designed wooden crate. As well as the original album, it contains 47 demos and outtakes (42 of which are previously unreleased). The Blu-ray disc contains high-res stereo of the album in 5.1 surround sound.

The crate also contains two books: a 96-page scrapbook designed by Harrison’s widow Olivia, and a 44-page book of archival interviews with notes from the period.

The set features a wooden bookmark made from the oak of a tree felled at Harrison’s Friar Park, 1/6 scale replicas of Harrison and some gnomes as seen on the album’s cover, a copy of Paramahansa Yogananda’s Hindu text ‘Light from the Great Ones’ and some Rudraksha beads.

The reissue will also be released as an eight LP or five CD plus one Blu-ray set, and as more modest triple vinyl and double CD versions. All will be released on August 6 and are available for pre-order now.

Last month, meanwhile, musician, artist and Beatles collaborator Klaus Voorman – who contributed a new illustration to the Uber Deluxe set – remembered a 17-year-old Harrison as a “cocky little boy […] very different to how he was later.”