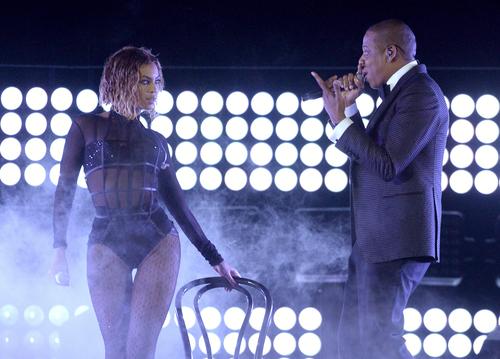 Power couple is an understatement. Hip-hop’s richest man Jay-Z and his frequently deified wife Beyonce recently set the world ablaze with their collaboration “Top Off,” which arrived courtesy the ever-productive DJ Khaled. Some felt that Beyonce actually outshone her husband, taking a page out Rihanna’s book and coming through with a more rap-focused performance. Either way, response to the single has been largely positive, and many have since been clamoring for the couple to hit the road once more. And while Jay-Z has recently finished up his own 4:44 tour, it would appear the ageless wonder may or may not be dusting f the spurs.

Earlier this morning, eagle eyed fans caught strange tidings on both Ticketmaster and Beyonce’s Facebook page. A single show was briefly advertised among her tour dates: “Beyonce & Jay-Z: On The Run 2,” set to kick f on July 30th. While the announcement is hardly ficial per se, it does have fans believing that someone done goed, and a joint tour is indeed on the horizon. The same show was also announced on Ticketmaster, but as now, information on both dates have been purged from the system.

Either way, it’s seeming likely that Jay-Z and Beyonce will be hitting the road. Perhaps another HBO special is forthcoming? After all, Jay is merely one hundred million away from hitting that coveted billionaire status.