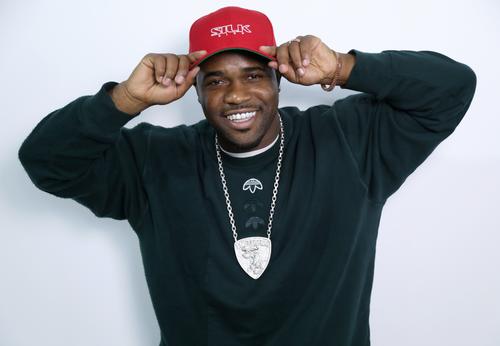 A$AP Ferg has always been a versatile artist, adapting to all manner production. However, some his best recent material has been over a decidedly old-school vibe, most notably on yesterday’s “Family” drop and December’s “Our Streets.” The latter is particularly special, as it features production from the legendary DJ Premier, who has been keeping that boom-bap, sample-and-scratch-based hip-hop alive for over two decades. If you’re a fan that style, be sure to check out both Ferg’s latest drops; they’re some his strongest tracks in recent memory, and his flow on yesterday’s “Family” is something otherworldly.

Recently, A$AP Ferg and DJ Premier linked up to take their talents to the stage, hitting up MTV’s TRL for a performance their collaboration “Our Streets.” While the performance marks the first time the song was performed live, it also reveals two artists at the top their game, delivering a raw performance not ten seen on televised stages. With no backing vocal track to be found, Ferg holds it down while Premier navigates the ones and twos, dropping some impressive scratches and ad-libs. Even if you aren’t a fan that sonic aesthetic, you don’t really have a choice but to respect Primo and his contributions to the culture (PRhyme 2 OTW).

Afterward, the duo sat down with TRL’s hosts to discuss some moments in pop culture, where they proceeded to talk about Kanye and Kim’s recently born third baby. Stay tuned for more music from Ferg, who’s currently working on a new album; hopefully he decides to link up with Primo once again.