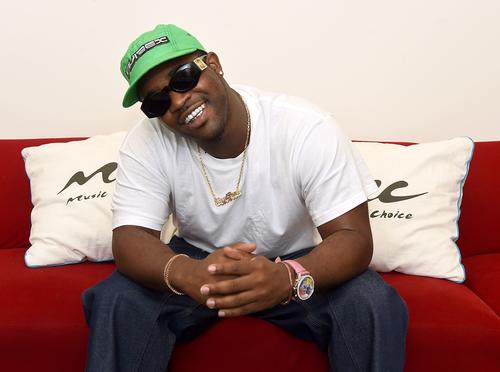 Tiffany & Co. may very well be working on a brand new campaign that will see one A$AP Mob’s leading homies be the face the jewlry brand.

According to Page Six, Reed Krakf – who used to be the creative director for Coach and has since taken over as Tiffany’s chief artistic ficer last year – was seen dining with A$AP Ferg at the Blue Box Cafe in Tiffany’s flagship store yesterday.

“Buzz is that they are going to collaborate on something,” the source told the publication. “He’s going to be somehow part the Tiffany family.”

Ferg is usually always blinged out in some capacity from the grills to the chains, watches, and rings so it comes as no surprise that a company such as Tiff’s wants the man to front or share his expertise on some accessories.

Speaking Ferg, he recently rescheduled the last stint his “Mad Man” tour. “I’m rescheduling the second half my Mad Man Tour. All postponed shows will be made up in the summer. To all my fans coming out to the shows, thank you for your overwhelming support and I’ll see you in July,” he said the change.