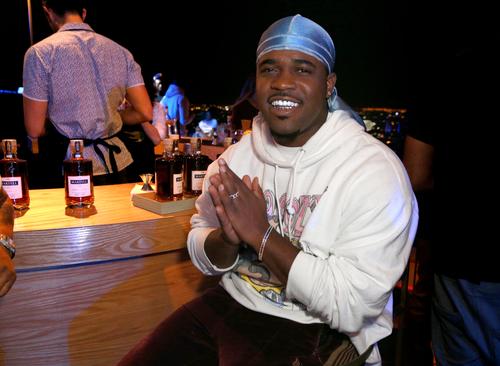 A$AP Ferg Reveals He's Working On His Next Studio Album

A$AP Ferg’s been hustling hard for the past few years and it seems like he barely takes a break. Whether it’s working on his Trap Lord clothing line or solo music or working with the Mob, he’s continuously on the grind. So it should come as no surprise that the rapper is back in the studio, cookin’ up his forthcoming studio album.

RELATED: Producer Marvel Alexander Only Made $500 For A$AP Ferg’s “Shabba”

A$AP Ferg hit Instagram today to announce that he’s currently working on his forthcoming project. Ferg posted a screenshot a note from his phone that read, “Working on my album at the moment.” While he didn’t mention when the project is dropping, we’re hopeful it drops at some point this year. He’s pretty quick turning project’s around so it’s not far fetched that it drops before 2018 ends.

Back in August, A$AP Ferg dropped f his Still Striving mixtape and joined the A$AP crew for the Cozy Tapes Vol. 2 compilation within a matter weeks. Since then, he’s been on a steady stream guest features and dropping videos f his mixtape.

Aside from working on his album, he recently announced his “Mad Man Tour” where he’ll also bring Denzel Curry and IDK along with him. The tour is gearing to kick f at the end February in Philadelphia before wrapping up in New York City in the middle April. With that being said, he’ll likely be locked in the studio for the next two months until his tour kicks f.