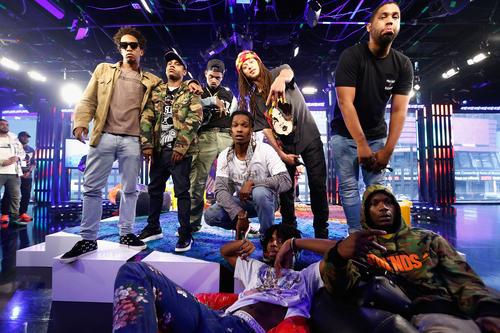 Tickets are now available for A$AP Mob’s annual “Yams Day,” which is going down on January 18th at the Expo Center in The Bronx. The lineup includes the performances from theA$AP Mob, including Rocky, Ferg, Twelvyy, Nast, and Ant, as well as some friends like Lil Yachty, Nav, G Perico, Aston Matthews, Da$h & Retch. And if that’s not enough to entice you, there are a few “special guests” who have yet to be announced. If you’re looking for a way to show respect to one hip-hop’s fallen soldiers, look no further. Since his passing in 2015, A$AP Mob have kept the “Yams Day” tradition alive for going on three years now.

Plus, a portion the ticket sales will go to a worthwhile cause, the Always Strive And Prosper foundation, which was founded two years ago by Yams’ mother Tatiana Rodriguez; the organization’s chief goal is to provide young people with the proper means educating themselves about substance use and abuse. It’s great to see the Mob keeping their brother’s memory alive, and with the work the Always Strive And Prosper foundation, perhaps a little bit good might come from such a tragic occurrence.

If this is something you might be interested in, get your tickets fast, as both the 2016 and 2017 concerts were sold out. For those ya’ll who can’t make it, represent for Yams by spending “Yams Day” bumping your favorite A$AP Mob tapes.