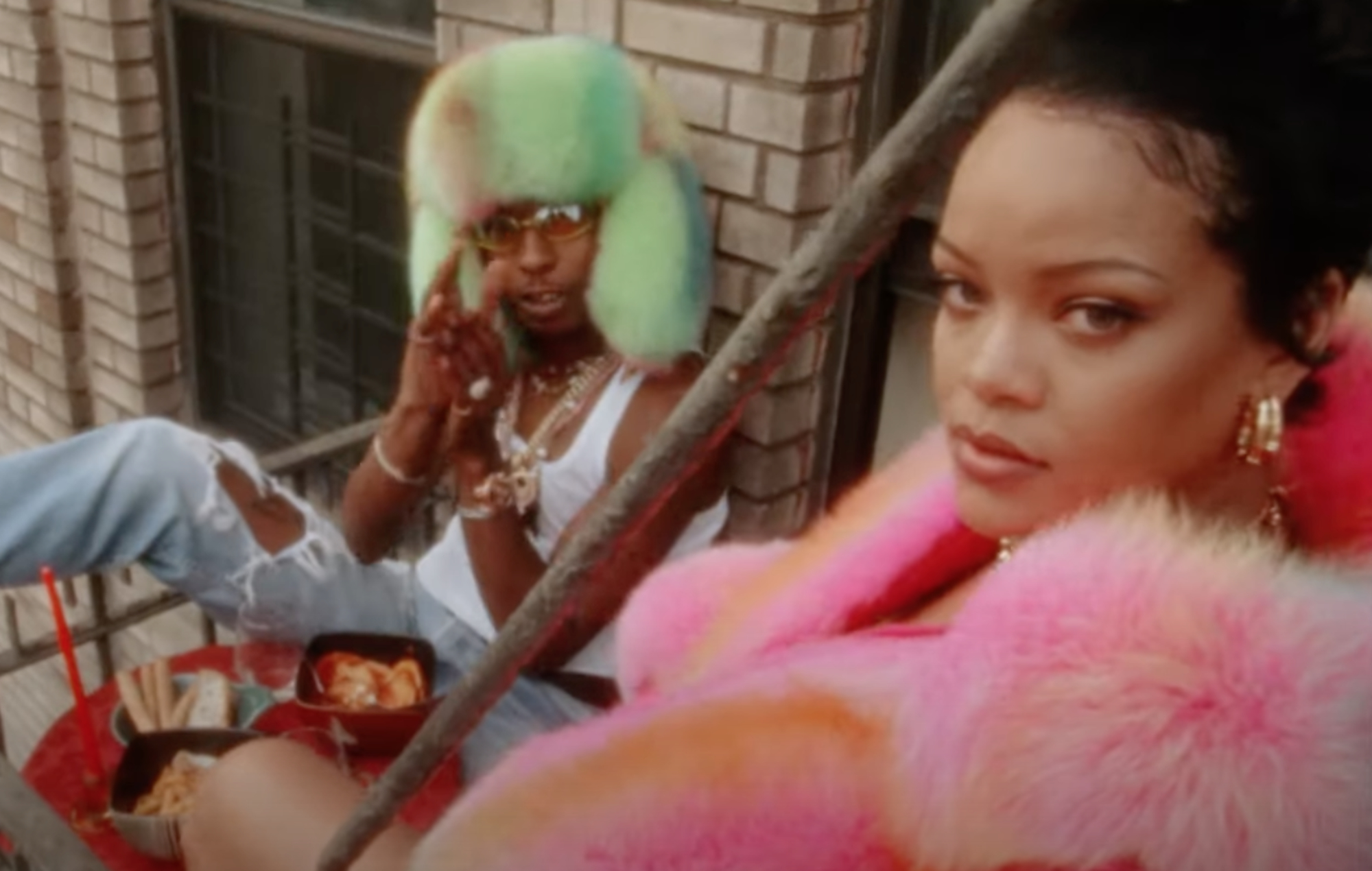 Rihanna, who is expecting a child with Rocky, features prominently throughout the five minute video directed and executive produced by Rocky for AWGE. ‘D.M.B.’ is an acronym for Dat’s My Bitch’.

The video is an ode to a classic love story, with Rocky and Rihanna depicting ride-or-die characters in a devoted relationship despite their circumstances.

One minute the pair are living a ghetto fabulous lifestyle, toasting to the good life on an iron rail apartment balcony and then again in an expensive restaurant; the next Rihanna is greeting Rocky, who at one point sports a bespoke Eric Cantona Manchester United football shirt, as he’s released from prison on a number of different occasions.

Rocky’s last solo studio album, ‘Testing’, was released in May 2018. This year the New York rapper has so far collaborated with Nigo on the track ‘Arya’ (which features on the latter’s ‘I Know Nigo!’) and $not on ‘Doja’.

Last month, Rocky was arrested at Los Angeles International Airport in connection with an alleged shooting in LA in November 2021.

His attorney, Alan Jackson, confirmed to NBC News that his client had been arrested, and the rapper’s representatives did not offer any further comment.

Meanwhile, Rihanna recently became the world’s richest female musician, according to Forbes, with a net worth of $1.7billion (£1.3bn), largely thanks to her Fenty Beauty business and Savage X Fenty lingerie line.