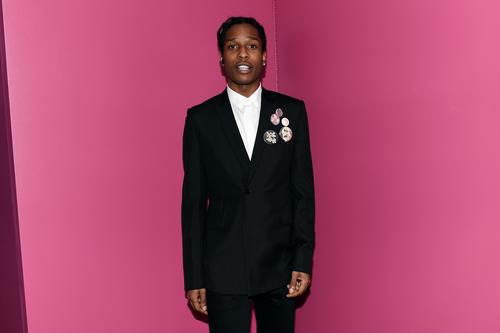 For the past several months, A$AP Rocky has been promising fans a new album. He initially said that he’d be dropping a new album before the end 2017. Fans were holding him to his word that there was speculations that he was going to surprise release it on the final Friday the year. Alas December 29th came and no album from Flacko. However, it’s looking like the season is finally approaching as A$AP Rocky gears up to drop his third studio album.

Rocky hit his Instagram story earlier today to share a short snippet an upcoming single. The rapper posted two different gif’s on his story with one them captioned “Testing?”  While it is a snippet, the song has lo-fi and distorted mixing to it which makes the song have a foggy 90’s feel to it. It opens up with atmospheric sounds before his pitched down voice kicks in.

There’s been speculation that “Testing?” will be the title his upcoming album with a fake tracklist and album art surfacing in recent weeks. However, it was later declared fake. However, it’s clear that A$AP Rocky will be coming through with his album in the foreseeable future.

This is the second teaser we’ve received from A$AP Rocky in a little over a week. The rapper previewed an upcoming song called “Gang” on Instagram last week which made many fans excited that we’ll finally be receiving a new project from him.

Check out the snippets his new track below.