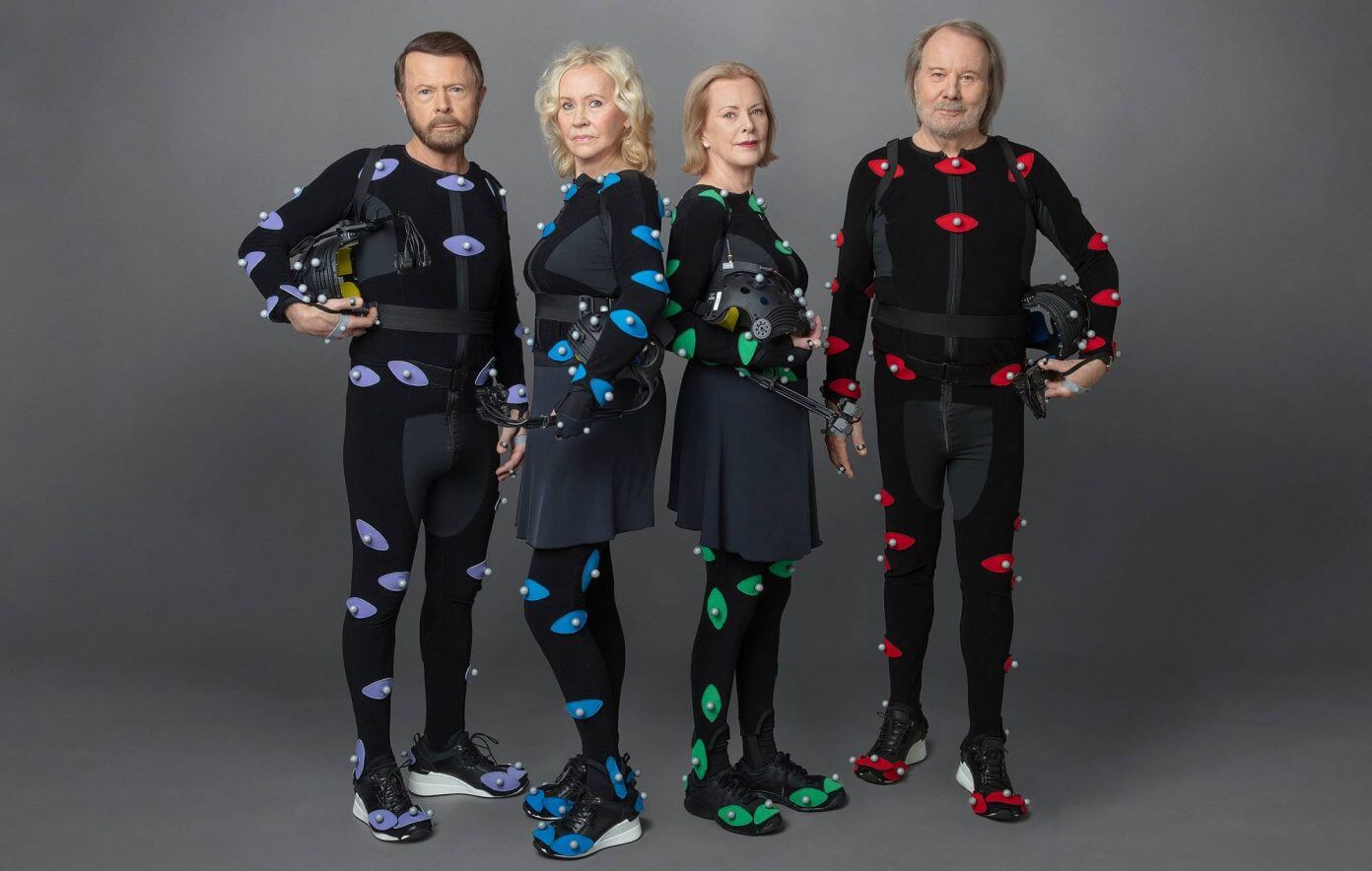 In 2017, it was announced that the band would reunite in digital form in 2019, performing as “Abbatars” for the first time since they split in 1983. When the reunion tour was then delayed, the Swedish pop icons announced in 2018 that they would be sharing two new tracks: “I Still Have Faith In You” and “Don’t Shut Me Down”, which was then expanded to five new tracks as a reward to fans waiting for the reunion tour due to COVID-related delays.

Now, along with the release of “I Still Have Faith In You” and “Don’t Shut Me Down”, yesterday (September 2) saw the band announce that all four members have reunited to put together ABBA: VOYAGE – a full new album and their first new music in over 40 years which will be released on November 5 on Universal Music.

“First it was just two songs, then I said, ‘Maybe we should do a few others – what do you say girls?’,” said Benny Andersson at yesterday’s press conference. “They said yeah, so I asked them, ‘Why don’t we just do a whole album?’”

Björn Ulvaeus continued: “The first song, ‘I Still Have Faith In You’, I just knew that when Benny played the melody that it had to be about us. It’s about realising that it’s inconceivable to be where we are. No imagination could dream up that – to release a new album after 40 years and still be the best of friends, and still be enjoying each other’s company and have total loyalty. Who has experienced that? Nobody.”

The pair went on to discuss how the making of the album was “very emotional.”

“There were memories rushing back, or should I say the relationships and bonds that we have. It was great,” said Björn in an interview with Zoe Ball during the announcement. “We went into the studio knowing that if we didn’t think it was up to scratch then we wouldn’t never release it. We’re really proud of it. There’s also an old saying in the music industry: you should not leave more than 40 years between albums.

Benny added: “That’s the funny thing. It was 39 years since we last recorded together, but then in seconds it was like no time had passed. It was quite amazing. Everyone went into the roles we had in the studio.

“[The album] is a little mixture of everything. We have a little Christmas tune, it’s called ‘Little Things’. There are a number of pop songs. I think it’s pretty good. We’ve done as good as we can at our age.”

Benny Andersson, Björn Ulvaeus, Agnetha Fältskog and Anni-Frid “Frida” Lyngstad have all been involved in motion-capturing themselves for the upcoming concert experience.

The tracks for VOYAGE were written when assembling new music to go with their “revolutionary” new concert experience of the same name – which will see a “digital” version of ABBA (not holograms) perform alongside a 10-piece live band at a the purpose-built 3,000-capacity ABBA Arena at London’s Queen Elizabeth Olympic Park at a run of shows from May 27, 2022.

The show will feature 22 songs, including the two new ones released today.

Visit here for tickets and information.

Yesterday’s press conference also heard how the band will be presented as digital characters of “ABBA in their prime” of 1979, created using performance capture techniques on ABBA in recent years to animate them and make them look “perfectly real”.

Using 160 cameras, the band “performed every song to perfection over five weeks” with the technical team “capturing every mannerism, emotion and the soul of their beings,” to create something that’s not “a version or a copy of ABBA, but actually them.”

Explaining why the band chose London as the location for the concerts, the band said it was because “the Brits see us as their own”.

Visit here for tickets and information.

Watch the ABBA Voyage announcement and press conference below.

Rather than following the trend of hologram shows, ABBA: VOYAGE has been described a “revolutionary” digital version of the band made in collaboration with George Lucas’ special effects company, Industrial Light & Magic – using motion capture technology and created by an 850-strong team.

The live show was made in collaboration with Svana Gisla (who produced Jay-Z and Beyonce‘s On the Run Tour), choreographer Wayne McGregor, Johan Renck (who directed David Bowie‘s videos for “Blackstar” and “Lazarus”, Baillie Walsh (who has directed for Massive Attack and Bruce Springsteen) and many more.