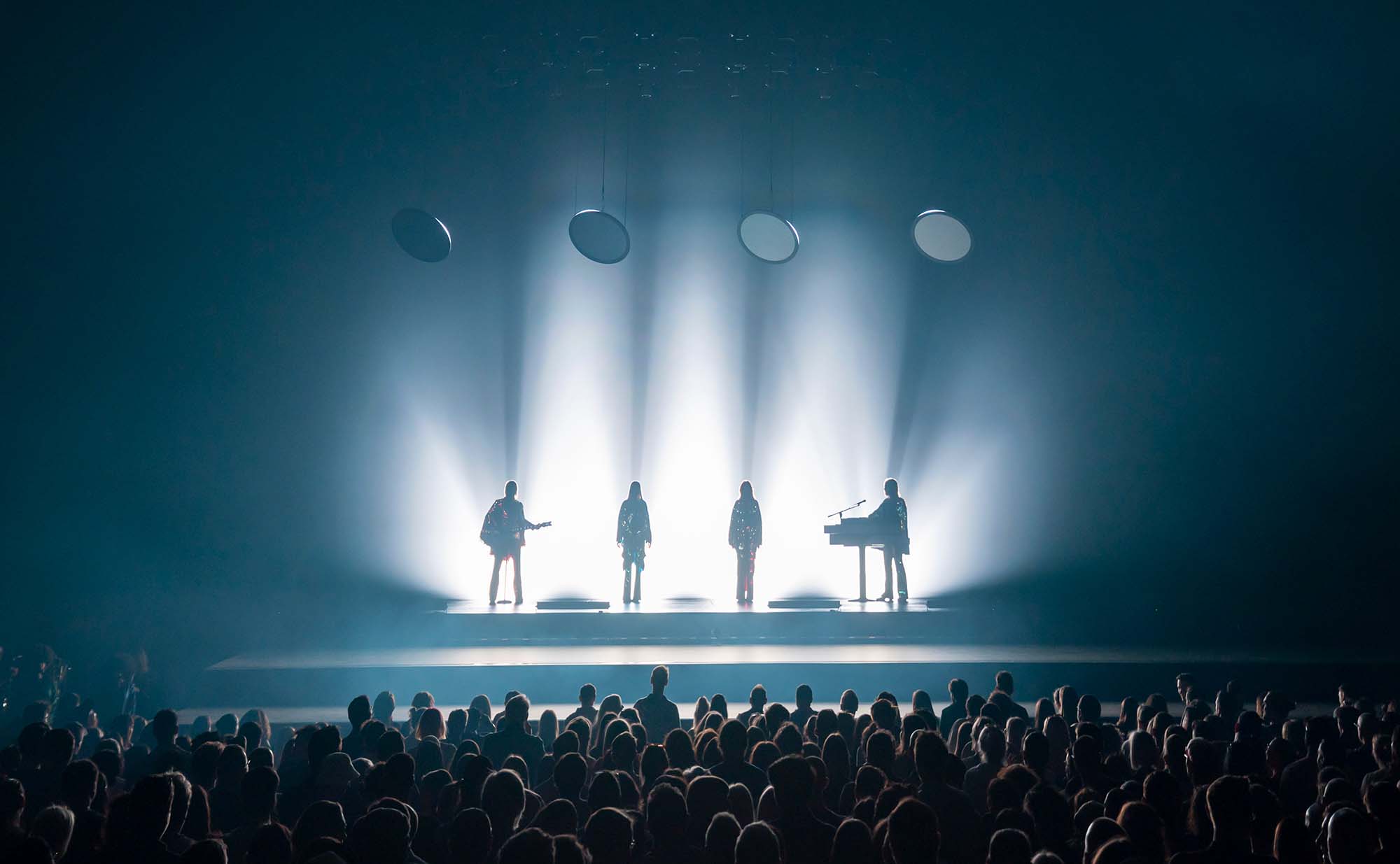 ABBA ‘Voyage’ residency to be extended to November 2023

The ABBA ‘Voyage’ concert residency has been extended to November 2023 due to demand.

The revolutionary show at Queen Elizabeth’s Olympic Park, which features avatar versions of the pop icons, will now be running until November 2023 – you can buy tickets here.

The journey continues. New tickets released for 2023. Get them now at https://t.co/gcGSOrYEre. pic.twitter.com/Phxf4cZavl

The show, which has been widely praised for its game-changing technology, premiered in May of this year, and was described by NME as an “epic avatar mega-mix from a brave new world”.

It added that “digital sorcery meets pure pop bangers for a feel-good sensory overload, as not-holograms smash through gold-plated hits”.

The review concluded that while “ageing rockers and poppers are bound to imitate the idea” it would be a a struggle to “come close to the experience of ABBA Voyage”.

Speaking to NME on the red carpet during the opening night of the residency – the first time in 36 years Benny Andersson, Agnetha Fältskog, Anni-Frid Lyngstad and Björn Ulvaeus were seen as a group together in public – Lyngstad told NME that it felt “fantastic” to be at the momentous event.

“Really looking forward to seeing the show again. I’ve seen it once on Monday evening, and it’s just that feeling, you want to see it again and again because there are so many details you can’t comprehend by just seeing it once.”

She added: “I also want to see the audience’s reaction again, because they were standing, clapping, singing along, dancing, having an absolute fabulous time.”

Ulvaeus said it was “a bit surreal” to see the digital, disco-era versions of themselves on stage at first, “but, you get used to it.” He added: “After all, we’ve seen ourselves in pictures and videos from the time almost every day for 40 years.”

One of the show’s creators, Svana Gisla (who produced Jay-Z and Beyoncé‘s On the Run Tour), told NME that the team “put a lot of time into the philosophical side” of the show, too. “This is not just about technology, this is about emotion. We wanted to understand the core of ABBA and the music and how to deliver it in 2022.”