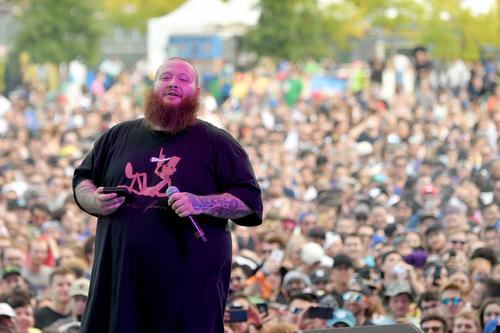 A couple days ago, Action hopped on Twitter and announced that a SVU mixtape was dropping in 2018 for sure. “SVU MIXTAPE DROPPING THIS YEAR FOR SURE,” he tweeted out.

Unfortunately he didn’t give us any further information about the tape, but it’s safe to assume it’ll feature his nightly show band along with raps from Action. Don’t be surprised if a few special guests that were featured on the first season the show make appearance on the tape as well, but that’s strictly speculation at the moment.

If and when it does arrive though, SVU will serve as the follow up to Action’s long awaited Blue Chips 7000 project, which dropped back in August.

Check out the tweet (below) and keep your eyes peeled for further information. If you haven’t been doing so already, be sure to tune into Action’s show every night on Viceland at 11:30 EST.