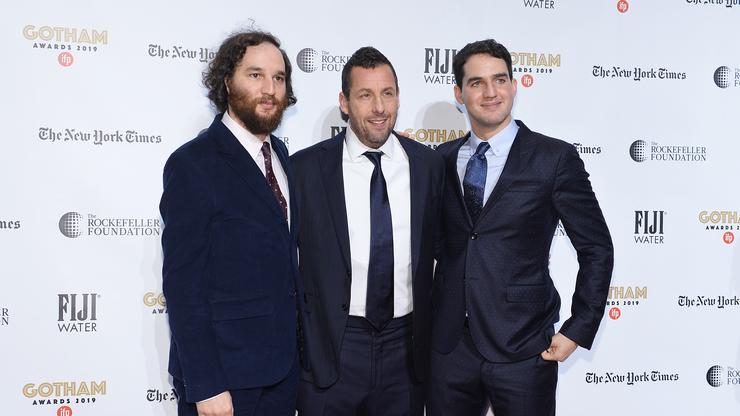 Adam Sandler Explains How He Prepared For "Uncut Gems"

Adam Sandler breaks down his preparation.

Adam Sandler sat down with The Hollywood Reporter to discuss his upcoming film, Uncut Gems, today. The actor explained how he prepared for the role of charismatic jeweler with a gambling addiction: “I spent a lot of time on 47th Street,” he said. “I gamble in the movie a lot, so I spent a lot of time with a lot of gamblers who had bad problems and lost a lot of things and lost their lives because of it.”

He also elaborated on how The Safdie Brothers, who made the film, helped him prepare and their hopes for the movie:

“The Safdie brothers, the guys who did the movie, they did the research and met a lot of the guys who were willing to sit down with me and talk,” he continued. “It’s just their lives get thrown away and their family lives get thrown away. It’s about where they are right now and they discussed what the highs and lows were and why they couldn’t stop and that kind of feeling.”

The Safdie Brothers are also behind the Robert Pattinson lead film, Good Time, from 2017. Uncut Gems is set to release on December 13th and also features performances from former NBA Champion Kevin Garnett and Lakeith Stanfield.

Check out the full interview here.