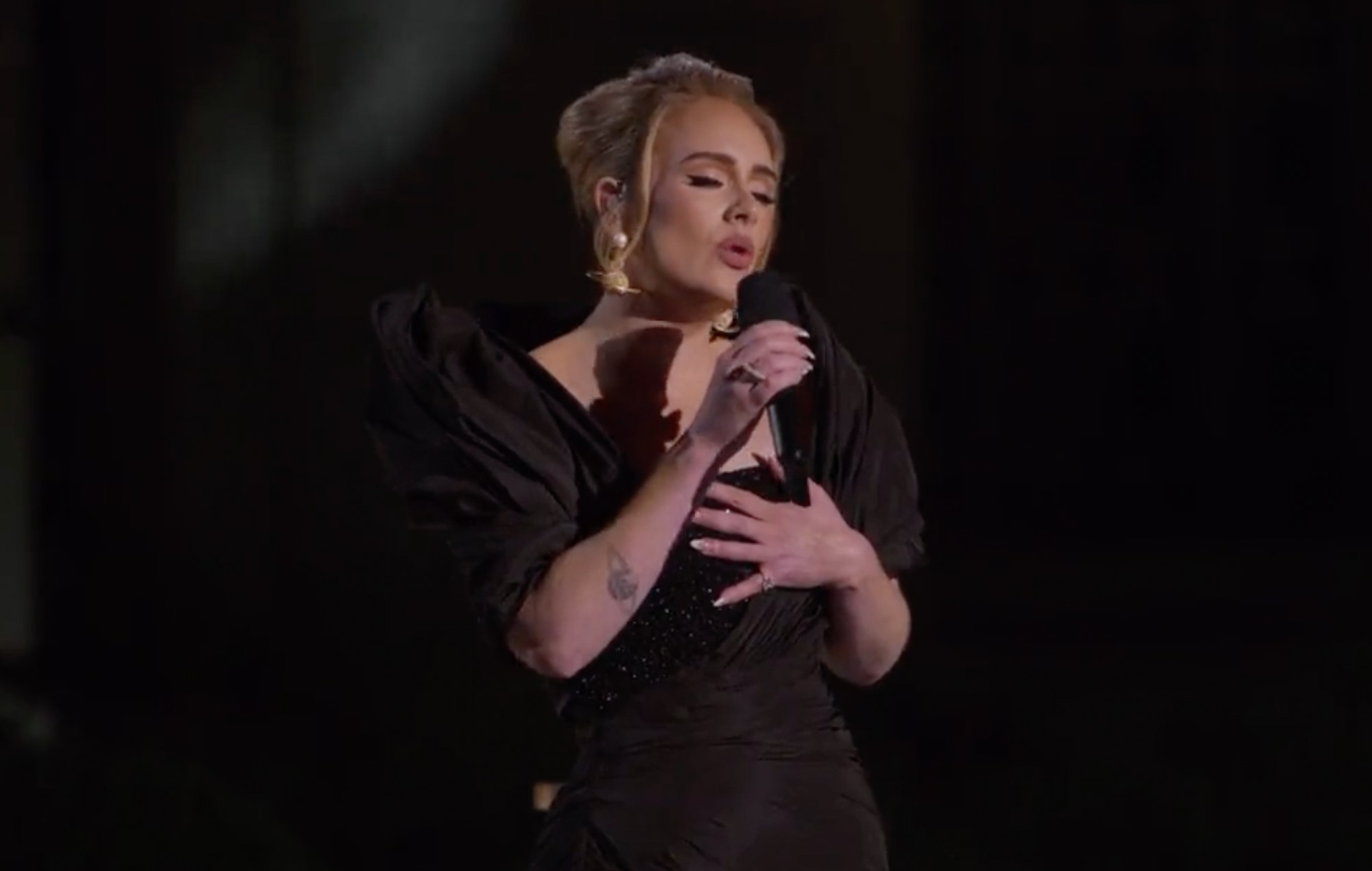 Adele has revealed that ‘I Drink Wine’ was originally much longer than the six-minute track that appears on new record ’30’.

’30’, the follow-up to 2015’s ’25’, arrived on November 19, having been previously previewed by the comeback single ‘Easy On Me’ as well as ‘Hold On’. ‘I Drink Wine’ is the seventh track on the record and details the struggles of making a relationship work.

Speaking to Rolling Stone, Adele revealed that the six-minute track was longer but had to be cut down because her label said it wouldn’t get played on the radio. She said: “[The label] was like, ‘Listen, everyone loves you, but no one’s playing a 15-minute song on radio.’”

Adele previously confirmed that the new material delves into the aftermath of her 2019 divorce from Simon Konecki, explaining that ’30’ was her most personal and “sensitive” album to date.

Ahead of the release of the record, Adele shared an intimate performance of ’30’ cut ‘To Be Loved’ on social media. She had previously debuted ‘Hold On’, ‘I Drink Wine’ and ‘Love Is A Game’ during her CBS TV special One Night Only, which included a new sit-down interview with Oprah Winfrey.

In a recent interview with Zane Lowe, Adele said that there was a point where she considered not releasing ’30’, commenting: “There were moments when I was writing these songs – and even when I was mixing them and stuff like that – where I was like, ‘Maybe I don’t need to put this album out. Like maybe I should write another.’”

She continued, “I’m never going into the studio to be like, ‘Right, I need another hit’. It’s not like that for me. When something is more powerful and overwhelming than me, I like to go to a studio because it’s normally a basement and there’s no fucking windows and no reception, so no one can get ahold of me.”

In a three-star review of ’30’, NME wrote: “This devastating level of honesty means that, despite its more experimental moments, ‘30’ still winds up feeling like trademark Adele, in its own way, most of the time. And after fair accusations of playing it safe musically in the past, it’s refreshing to see the pop titan treading braver territory – even if the hit-rate isn’t 100 per cent.”


Tonight (November 21), Adele will perform a UK TV special An Audience With Adele, filmed at the London Palladium. It airs on ITV at 7.25pm.