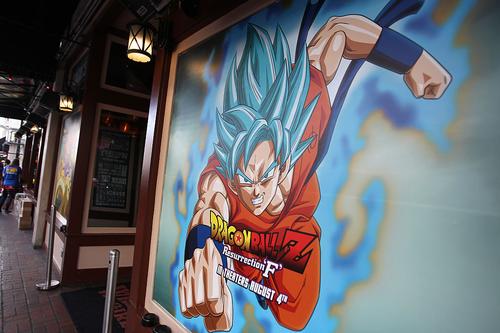 Adidas Originals is reportedly cooking up something special for all the sneakerheads out there who double as Dragon Ball Z fanatics.

According to sneaker info source @TheYeezyMafia, an Adidas x Dragon Ball Z collection is in the works for sometime later this year which will mark the first time the two parties have come together for an ficial collaboration.

The Adidas Originals x Dragon Ball Z pack will include seven dragon balls as well as seven different shoes, including the all-new ‘Yung-1’ running sneaker. According to @YeezyMafia, the purple/white colorway the Adidas Yung-1 is based f Frieza, one the main characters in the Dragon Ball Z series.

Release details for the “Frieza” Adidas Yung-1 have not yet been announced but rumors suggest the kicks will be releasing sometime in August.

While we await details regarding the six other Adidas x Dragon Ball Z collabs, check out a rendering the Yung-1 below.