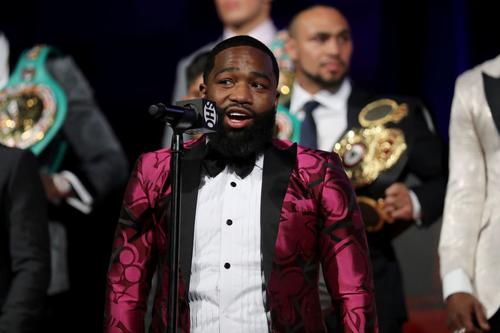 The woman told police that Broner inappropriately groped her. The 28-year old boxer denied the allegations but after being interviewed by police they arrested him for misdemeanor sexual battery, according to TMZ Sports.

The Atlanta PD released the following statement to BSO regarding Broner’s most recent arrest.

“On February 12, 2018 Atlanta Police Units were dispatched to 3393 Peachtree Road in reference to a sexual battery. Upon arrival, units spoke with the victim who advised that she had been inappropriately groped by a male later identified as Mr. Adrien Broner. Mr. Broner denied the accusations and after being interviewed was charged with Misdemeanor Sexual Battery and transported to Fulton County Jail without incident. At this time there is no additional information to provide regarding this case.”

According to TMZ Sports, Broner will see a judge at approximately 9am local time today.

Broner has had several run ins with the law in recent years, including robbery charges and an arrest for allegedly beating up a guy at a bowling alley in early 2016. He was also cited for misdemeanor battery after allegedly choking a nightclub waitress in Las Vegas in 2016.

The four-time champion last fought in July against Mikey Garcia which resulted in a unanimous decision loss. His next fight is scheduled to take place on April 21st against Omar Figueroa Jr.