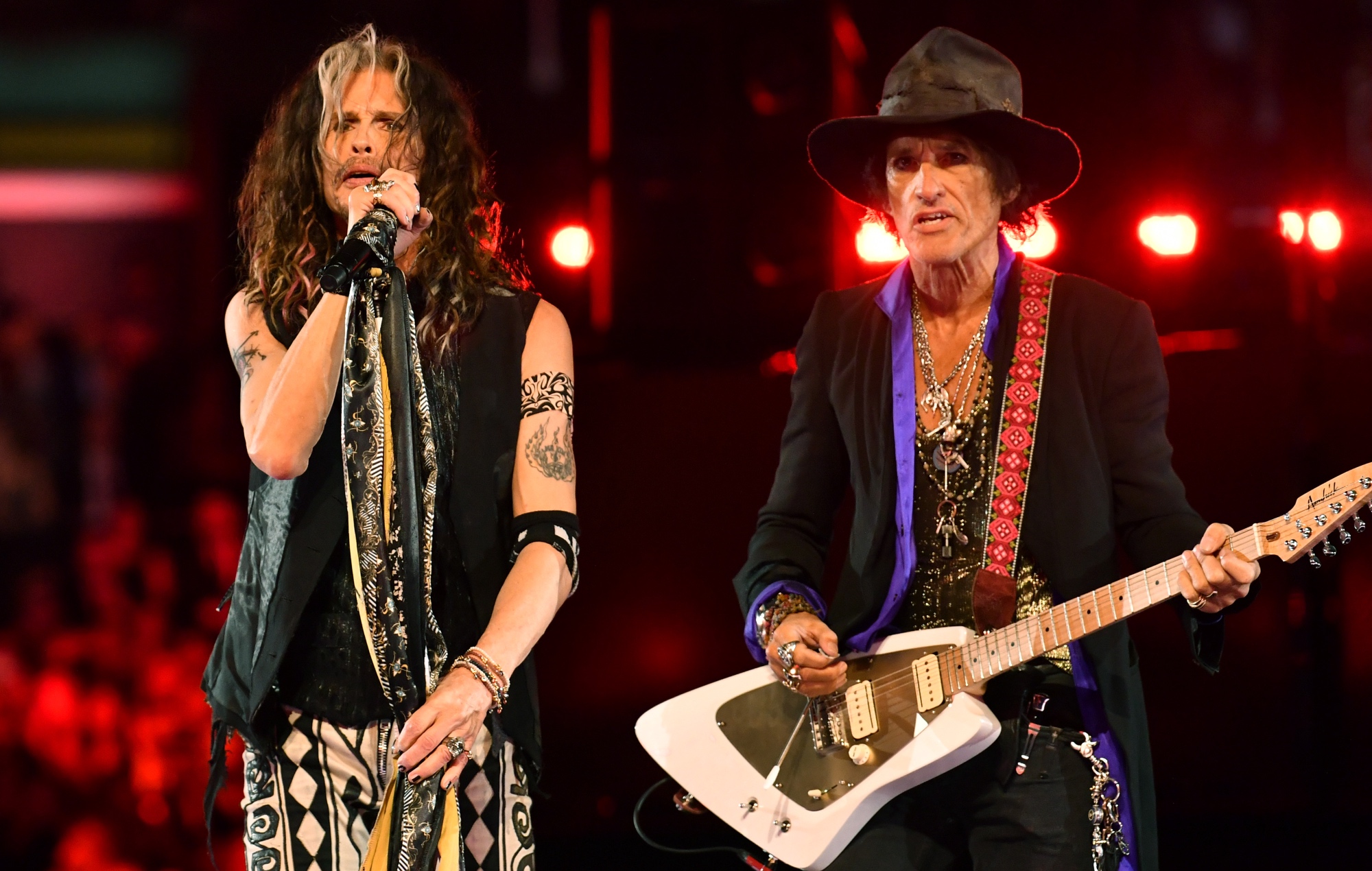 Aerosmith have announced that their ‘Deuces Are Wild’ residency will return to Las Vegas this year – tickets will be available here.

The new Sin City shows will take place at Park MGM’s Dolby Live between June 17 and December 11, 2022. As Consequence Of Sound notes, the gigs mark the first-ever performances to take place at the aforementioned venue.

Steven Tyler and co previously launched the residency in 2019, and played concerts in Vegas up until February 2020 ahead of the COVID pandemic bringing live music to a halt globally.

The start of the upcoming run will mark Aerosmith’s first shows in over two years.

Tickets for the residency go on general sale at 10am PT (5pm BST) next Thursday (March 31) – you can buy yours here. Members of the group’s ‘Aero Force One’ fan club can access a pre-sale from 9am PT (4pm GMT) today (March 24).

GET READY TO WALK THIS WAY TO VEGAS… @Aerosmith RETURNS TO SIN CITY!!! BACK IN THE SADDLE AGAIN!!! DOLBY LIVE AT PARK MGM THIS JUNE THROUGH DECEMBER!!! TICKETS ON SALE THURSDAY MARCH 31ST AT 10 AM PT #DEUCESAREWILD @parkmgm pic.twitter.com/mS86MixMCv

Confirming the band’s first Vegas residency in 2018, guitarist Joe Perry said: “I feel like we’ve been out of the wind for a while and it seems like it would be a really cool thing to bring some of the history back.

“The production is gonna look like that. But without losing what we are: a hardcore rock and roll band. We’re having almost weekly conversations about the production and how we’re gonna keep it true and honest to the heartbeat of the rock and roll that we play but still add an element that people will want to see.”

Earlier this year, Aerosmith cancelled their delayed 2022 UK and European headline tour due to “uncertainty around travel logistics and the continued presence of COVID restrictions and other issues”.

The band were also expected to perform at this year’s Glastonbury festival after previously being confirmed for the 2020 edition. However, Aerosmith do not currently appear on this year’s line-up.