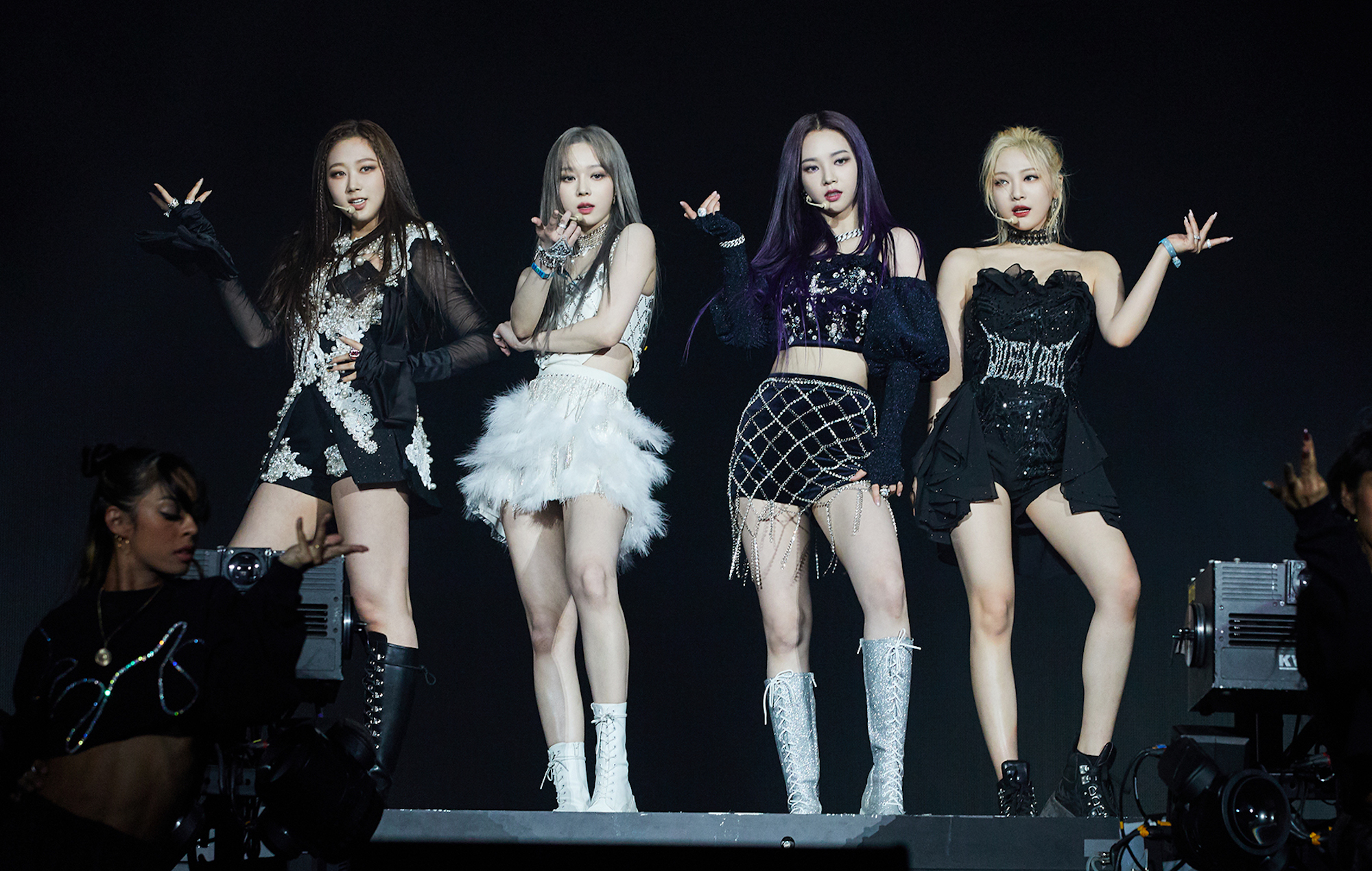 aespa made their debut appearance at Coachella last night (April 23) and debuted a brand new song called ‘Life’s Too Short’ during their set.

The SM Entertainment girl group are now the third K-pop girl group to perform at the festival, following BLACKPINK in 2019 and 2NE1 at last weekend’s edition of the event.

aespa performed as part of 88rising’s main stage takeover alongside the label’s own acts including NIKI, Warren Hue, Rich Brian and more. Their song featured five songs, opening with ‘aenergy’, the first track from their debut mini-album ‘Savage’, which was released last year.

“It‘s our first time performing in front of a large audience like this,” they told the crowd, as per The Korea Herald. “We’re so happy to be here at Coachella.”

The four-piece also aired versions of ‘Black Mamba’ and ‘Savage’, before debuting ‘Life’s Too Short’. “I’m doing me regardless and I don’t care what you say about it,” they sing in English in the chorus. “And I’m gonna do it any way that I want / I’m having all this fun so why would I ever stop?”

aespa’s set closed with a performance of their viral 2021 single ‘Next Level’. Watch fan-shot footage of their set above now.

An official release for ‘Life’s Too Short’ has yet to be announced, however the group have hinted that a new project is on the horizon. Member Winter told Billboard ahead of their Coachella appearance: “We are preparing a special performance of an unreleased track from our soon-to-be-released album and it’s called ‘Life’s Too Short’.”


Bandmate Giselle later noted in the interview that the group will be “back in the US to promote our next album”. More information regarding aespa’s forthcoming record is expected to arrive in the coming weeks.

Last weekend’s edition of Coachella 2022 saw 2NE1 reunite on stage after six years apart. Their one-song performance also came as part of 88rising’s Head In The Clouds takeover and followed CL delivering a short solo set. The four-piece performed their hit single ‘I Am The Best’ to close out the 88rising set.