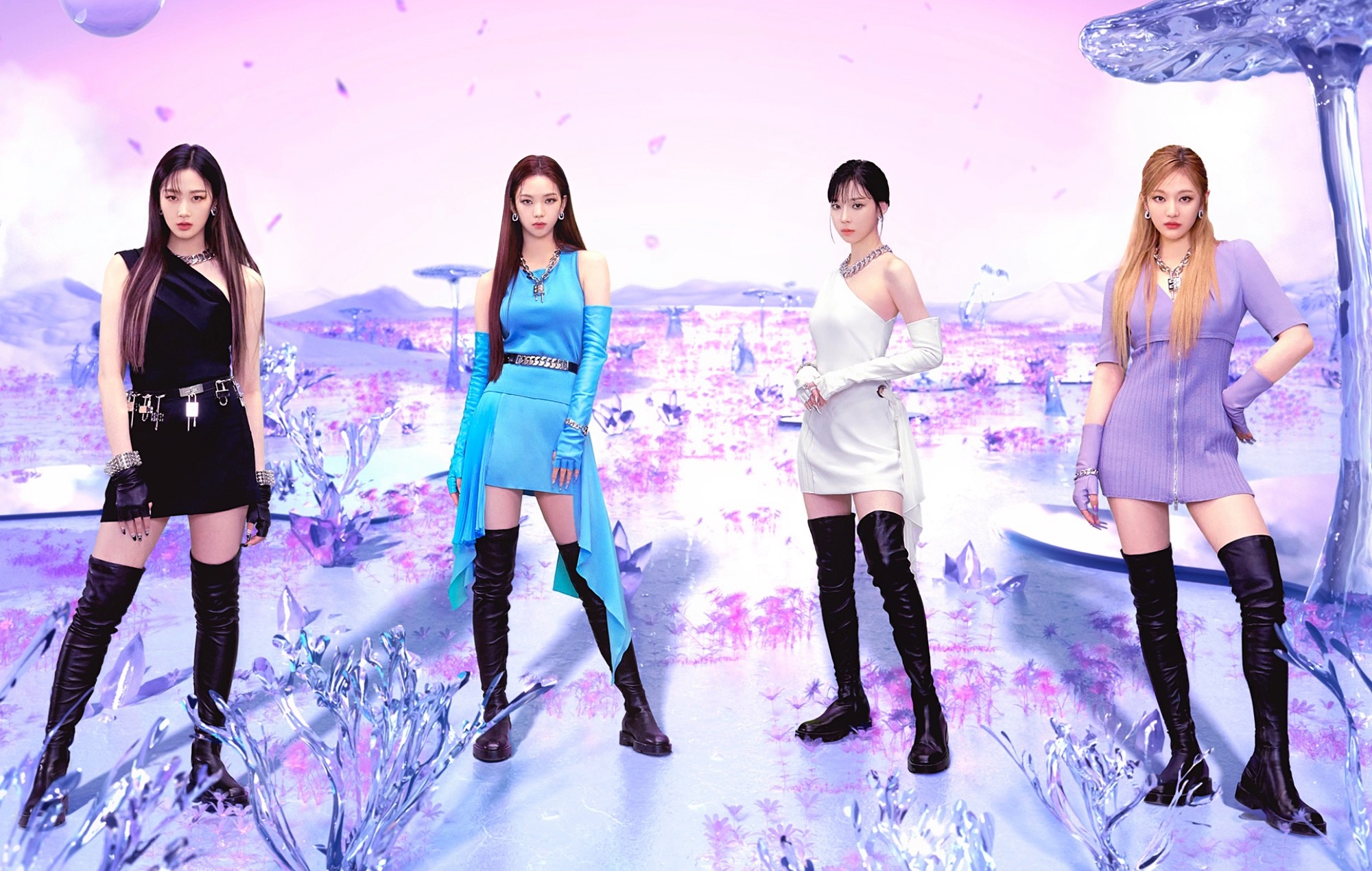 K-pop girl group aespa have dropped a powerful teaser for the music video of their upcoming single ‘Savage’.

On October 4 at Midnight KST, the SM Entertainment quartet shared a sneak peek of the forthcoming visual, alongside a new set of concept images. Their new single ‘Savage’ arrives tomorrow (October 5) at 6pm KST, alongside their first mini-album of the same name.

In the 30-second clip, aespa discover a large reptilian eye attached to a metal structure in a sci-fi-inspired wasteland. The girl group then show off their fierce choreography to ‘Savage’, alongside individual shots  of the members in futuristic realms.

In addition to the video teaser, the rookie girl group also released a new concept photo for ‘Savage’. It features the girl group pose confidently against a stunning purple backdrop combining natural and futuristic elements.

In addition, the mini-album will also include a collaboration with American singer Hayley Kiyoko, who is credited as a composer for closing track ‘Lucid Dream’. Meanwhile, South Korean singer-songwriter SAAY co-wrote and co-composed for ‘Yeppi Yeppi’.

‘Savage’ will be aespa’s third release of 2021, following following their viral May hit ‘Next Level’ and their February single ‘Forever’. The former was a rework of A$ton Wyld’s song of the same name from the soundtrack of Fast & Furious Presents: Hobbs & Shaw. Meanwhile, ‘Forever’ was a cover of Yoo Young-jin’s 2000 holiday song of the same title.