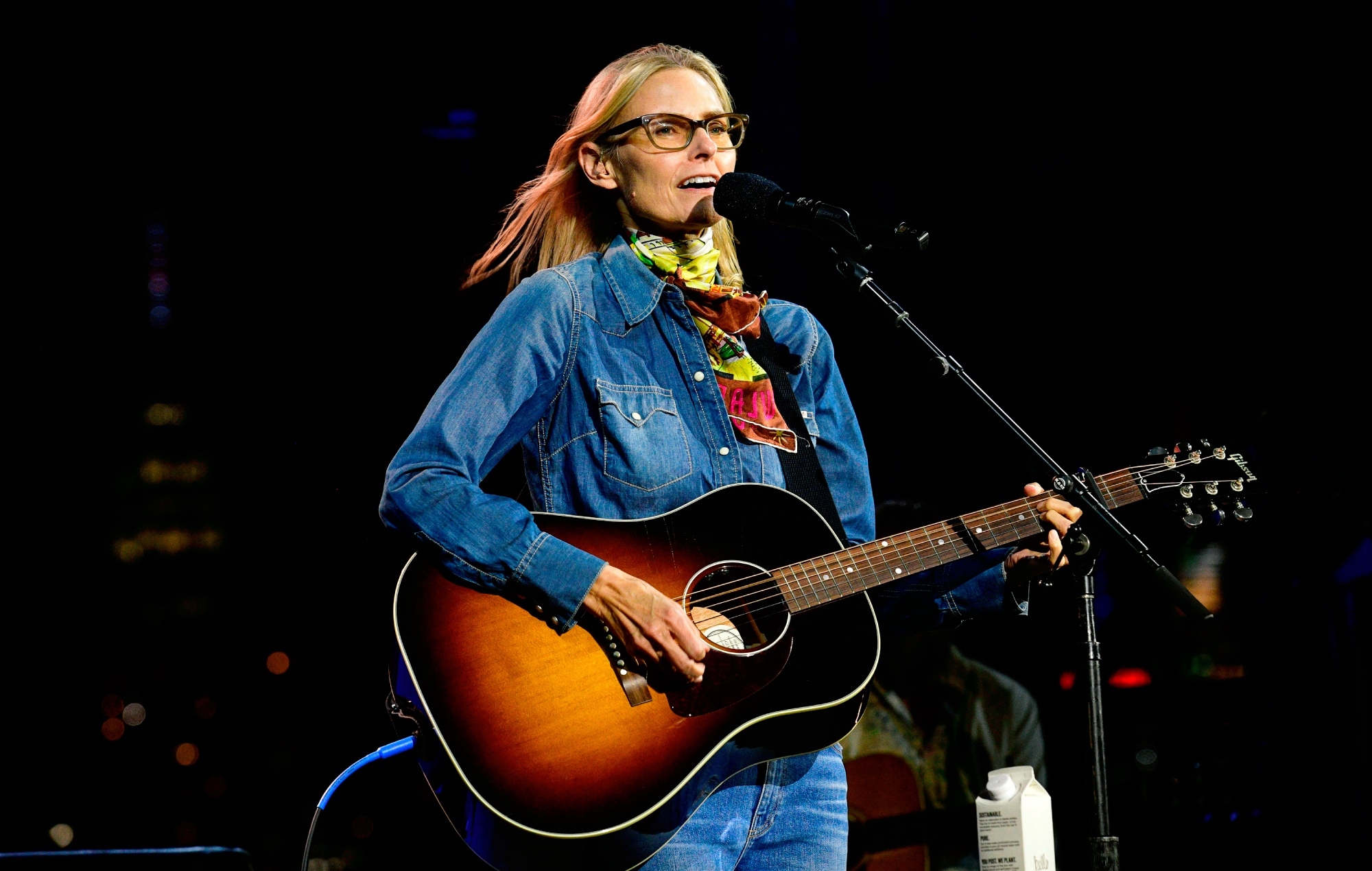 Aimee Mann has claimed that she’s been dropped as the support act for Steely Dan‘s 2022 US headline tour.

As Stereogum reports, Mann shared the news via a hand-drawn comic strip that she posted to her official Instagram page earlier today (March 17).

The sketch depicts the singer-songwriter performing onstage. “I was supposed to open for Steely Dan this summer,” she captioned the first scene. “I just found out that they took me off the bill.”

Mann continued: “No-one is entirely sure why, but it seems they thought their audience wouldn’t like a female singer-songwriter? As it happens, Steely Dan is the one band that I 100% love, with no reservations, so it really sucks.

“But you know what? People are allowed to not like you, for whatever reason,” she concluded the strip, with a final thought bubble reading “Good luck to all bands” emerging from Mann’s head.

The Virginia artist subsequently quote-tweeted Stereogum‘s initial report, writing: “This was actually part of a comic I posted on Instagram.” You can see that tweet below.

This was actually part of a comic I posted on Instagram: https://t.co/GUkcq9TLDZ pic.twitter.com/mxCPEKYT1b

She also thanked Jason Isbell, who shared the story along with a message of support. “Aimee opened for us, and I’m so glad to say our audience loved that shit,” he wrote. “I was very much honoured she’d do it.”

Later, Mann’s record label SuperEgo tweeted to remind fans that the musician would be embarking on her own headline tour this spring in support of her 2021 studio album, ‘Queens Of The Summer Hotel’.

“This seems like an excellent time, for no reason at all, to mention that @aimeemann has a headlining tour this April and May,” the post read. You can find the full schedule and purchase tickets here.

Steely Dan will hit the road on May 20 with openers Snarky Puppy, who Mann was scheduled to join at the gigs. Both support acts were announced last month after Steve Winwood cancelled.