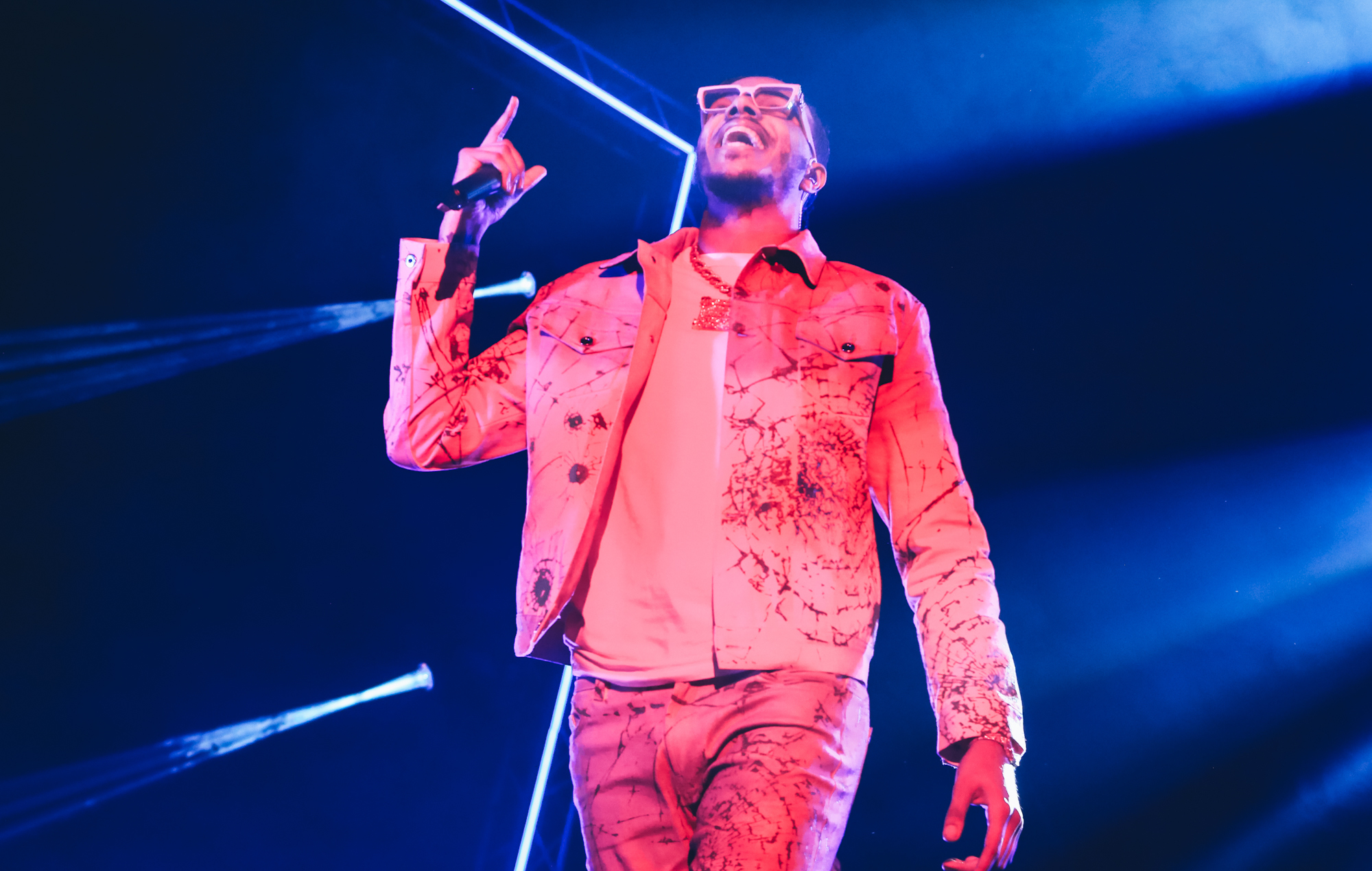 AJ Tracey has announced his second album ‘Flu Game’ – check out the full tracklist below.

The London rapper signalled the follow-up to his self-titled 2019 debut during a fake press conference that was streamed on Twitter this evening (March 22).

Broadcasting as a “breaking news” segment on the faux West 1 News TV station, the clip sees Tracey portray the newest signing to a fictional basketball team called Revenge Athletic. “As you know, AJ is one of the most dominant players of his generation,” a spokesman explains.

After the rapper takes various questions from a room of reporters, the video ends by presenting the web address FLUGAME.AJTRACEY.CO.UK. You can watch the announcement in full below. 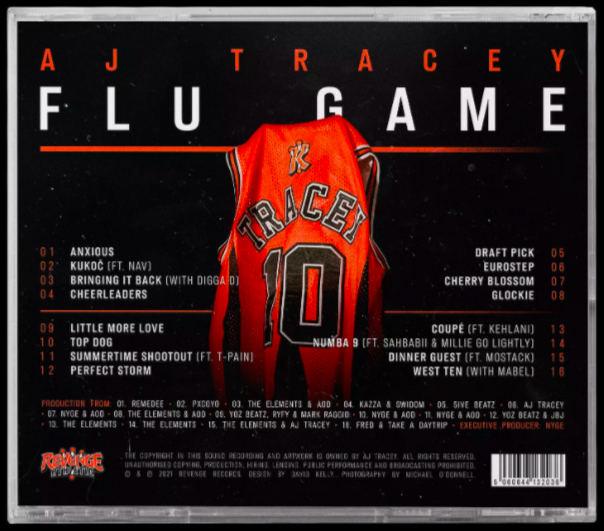 Upon visiting the new site, fans are met with the basketball-themed artwork for ‘Flu Game’ as well as its release date of April 16. You can pre-order/pre-save the album here.

A shot from Tracey’s video for his recent single ‘Anxious’ also appears on a vintage TV set alongside a link to a new Revenge Athletic jersey, which can be purchased for £60.

Track titles for the forthcoming LP include ‘Cheerleaders’, ‘Draft Pick’, ‘Eurostep’, ‘Top Dog’ and ‘Perfect Storm’. T-Pain is set to feature on a song called ‘Summertime Shootout’ while Mabel appears on the previously-released ‘West Ten’.

In a four-star review of the collection, NME wrote: “For all its author’s finesse, the features and production, ‘Secure The Bag! 2’ is raw, a collection of loosies thrown together with insouciance and confidence.”