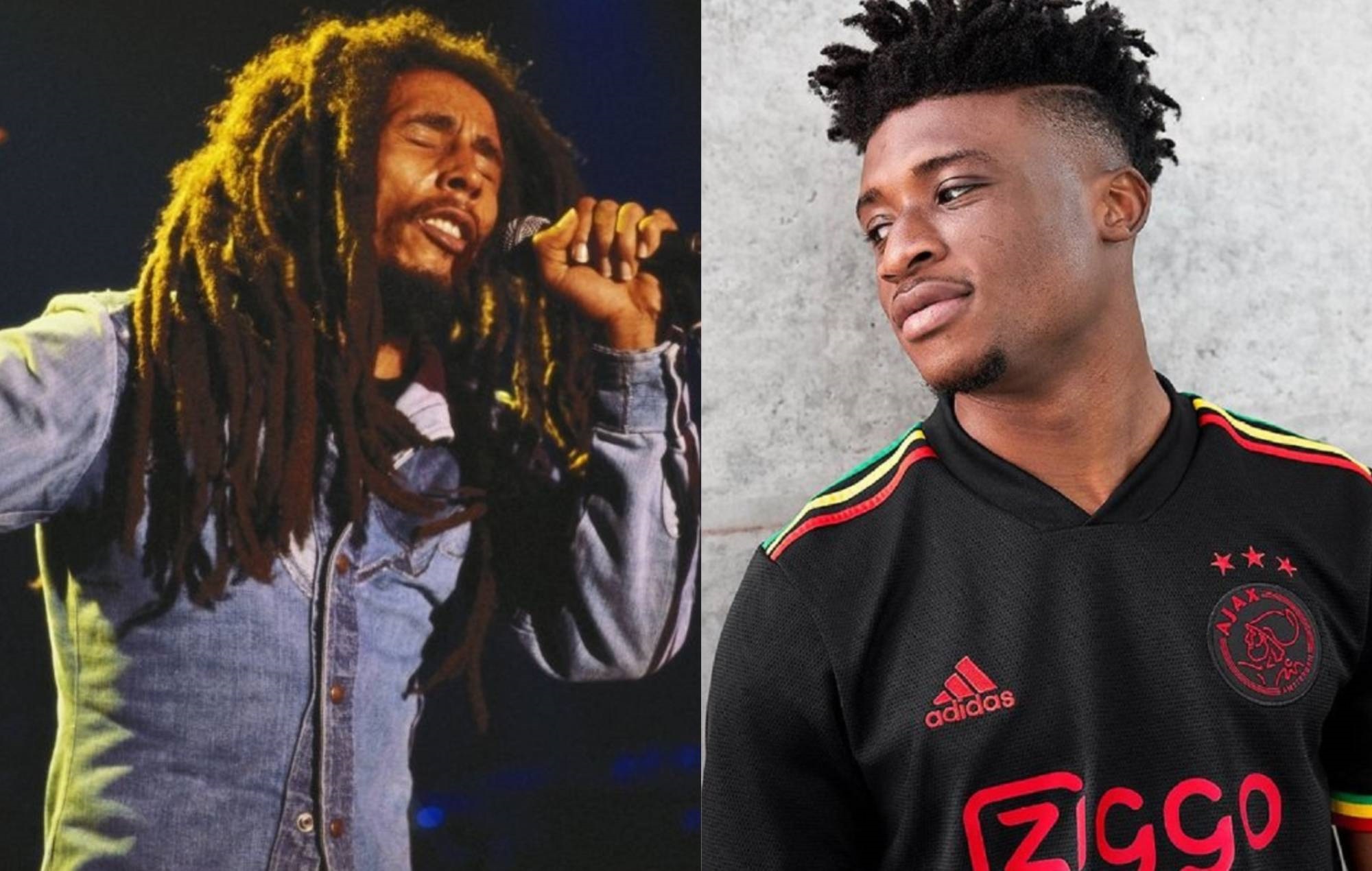 The Dutch side’s Adidas third kit for the latest season is predominantly black with red, yellow and green detailing, while on the reverse of the jersey, a subtle reference to the iconic song is made with three little birds sitting on the back.

Arriving alongside the kit is a tracksuit top, pants, sweater and T-Shirts, as well as a pair of Samba sneakers.

The full Ajax Bob Marley collection is available to buy now from the club’s webstore here and Adidas’ website here.

‘Cause every little thing 😍

The club has been associated with the song since they played a friendly match against Cardiff City in 2008, according to Hypebeast.

The Ajax fans were asked to remain in the stands after the game in Cardiff, and to entertain them the stadium DJ played several tracks – one of which was ‘Three Little Birds’ which led to fans adopting the song as their own.

Meanwhile, Bob Marley’s widow Rita Marley celebrated her 75th birthday recently by marking the occasion with the announcement of a new annual scholarship aimed at women.

The Rita Marley Scholarship is awarded to three women each year, aiming to empower “women from the lower socio-economic stratum of Jamaica’s society”.

Of the three women awarded, two will be pursuing careers in nursing at the University of Technology Nursing, and one will be a single mother who experienced teenage pregnancy, now enrolled at the Women Centre of Jamaica.