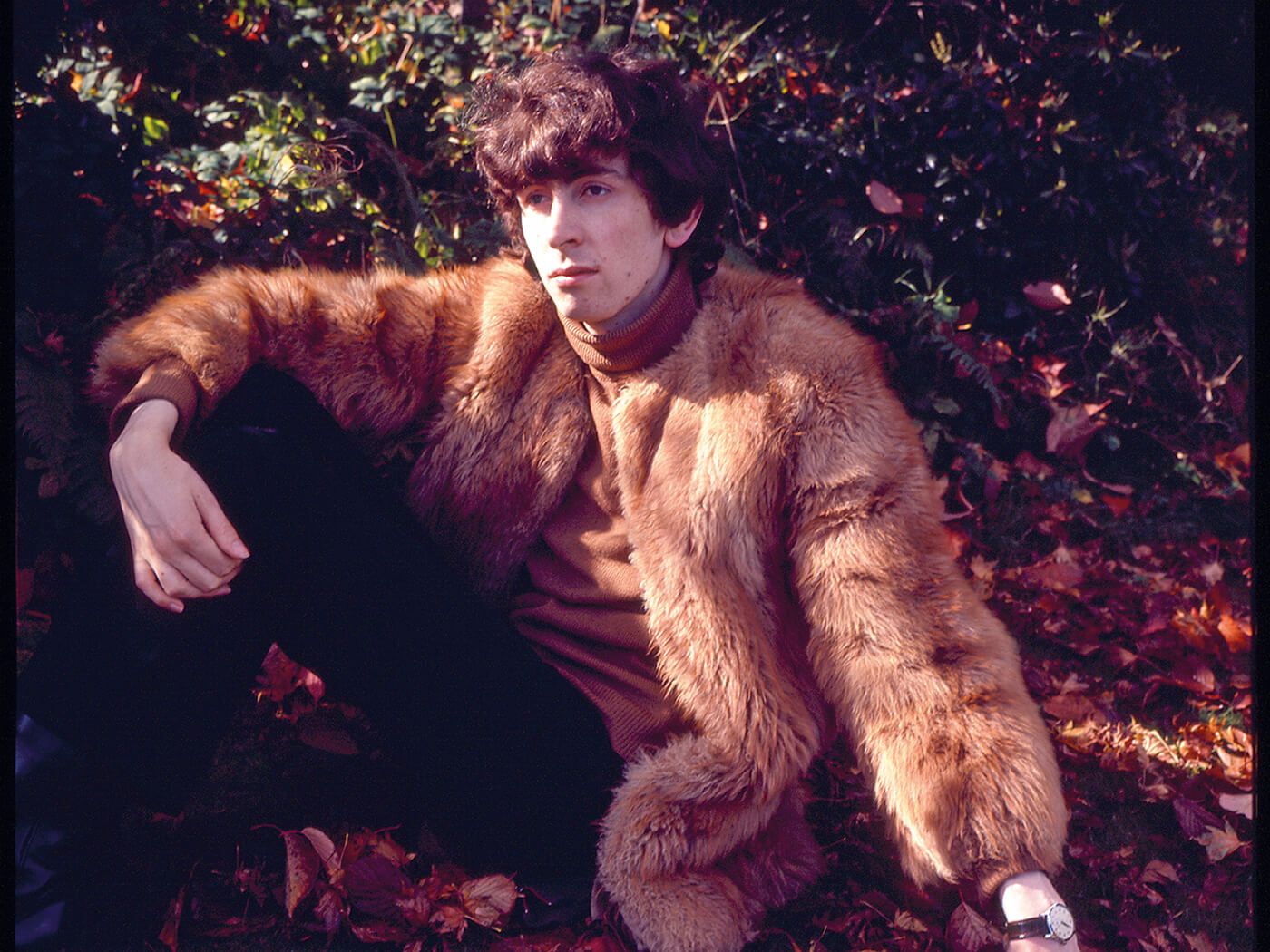 Riding high in the US charts at the start of punk rock’s annus mirabilis, Al Stewart was eager to make clear to an NME interviewer exactly how well he was doing. “Only two albums from the British folk scene have ever got into the American Top 30,” said the 31-year-old, who had moved to California a few months earlier. “Out of Steeleye Span, Incredible String Band, Pentangle, Fairport Convention, Ralph McTell – you know the list – only two albums have ever made it. They’re Modern Times and Year Of The Cat – both by me.”

Having spent much of his career being regarded as a minor talent (“When I looked for respect all I got was neglect”, he fumed quietly on 1976’s “If It Don’t Come Naturally, Leave It”), commercial success proved to be intoxicating for Stewart. In the sleevenotes to this colossal summation of his life’s work – 21 commercially released albums, 18 live discs, eight sets of outtakes and home recordings and three more of BBC sessions, plus a 160-page book – Paul Simon’s one-time London flatmate remembers wallowing in his vindication as he took to the clubs of Los Angeles in 1977. “It is the only time that I have been truly happy in my life,” he recalls. “I was in the Rainbow Bar And Grill, I had a record in the Top 10 and every girl in the place wanted to come and sit on my lap.”

Born in Scotland but raised in genteel Dorset, Stewart was the skiffle king of Wycliffe House boarding school before graduating to rock’n’roll: his group, the Trappers, were originally Tony Blackburn’s backing band. He briefly took electric guitar lessons from Wimborne Minster maestro Robert Fripp, but found what felt like his calling when he first heard Bob Dylan. Reconfigured as a singer-songwriter with a sideline in Lewis Carroll surrealism, Stewart gravitated towards Soho and served his musical apprenticeship at Greek Street mecca Les Cousins.

The Admiralty Lights features some unheard Phil Ochs-alike songs from this period, “Child Of The Bomb” and “Do I Love My Neighbour?”, plus the 1966 Tolkien knock-off, “The Elf”, that Stewart recorded as his debut single before being signed to CBS, apparently because the label wanted to get hold of The Piccadilly Line, who shared the same management. The company nonetheless invested considerable effort in making his debut album, Bedsitter Images, heavy-handed Judy Collins-style orchestration swamping Stewart’s self-conscious lyrics on the “Norwegian Wood”-ish “Swiss Cottage Manoeuvres” and his takedown of unhip suburbanites, “The Carmichaels”.

Follow-up Love Chronicles – featuring half of Led Zeppelin, most of Fairport Convention, and the first documented use of the word “fucking” on an overground record release – was Melody Maker’s folk album of the year for 1969. However, while Stewart’s Colin Blunstone-winsome voice and ear for a melody served him well on “Life And Life Only” and “You Should Have Listened To Al”, the ingrained sexual politics have not aged well, the romantic encounters depicted on “In Brooklyn” and the side-long title track uncomfortably close to the self-aggrandisement of the Playboy letters page.

A host of recordings from the early part of his career show why the genial Stewart was a popular club turn, the crowd at a 1971 Warwick University show being won over by his tale of meeting Leonard Cohen in the gents at Montreal Airport. However, if his early work aspired to the voice-of-a-generation cachet of Dylan and the confessional finesse of Joni Mitchell, he came across on record as a gauche wannabe, clean-shaven in a hairy age. Admirably self-aware, he told an interviewer in 1972: “I’m forced to admit, looking at the songs on the four albums that I’ve made, that all of them have been different but not different enough.”

He may not have realised it at the time, but with “Manuscript”, from his third outing 1970’s Zero She Flies, Stewart had found his USP. A taut meditation on the days leading up to World War I, shot through with family history and a report of a day at the beach at Worthing, it’s a magnificently dense piece, held in place by a meandering, teasing melody. Songs rooted in history (mostly military or naval) ultimately provided Stewart with an escape route from his own head and an endless supply of yarns to spin. Olde worlde material provided swashbuckling backdrops for all of his LPs from 1973’s Past, Present And Future – which features the ode to British sea power “Old Admirals” – though his subsequent ascent to million-sellerdom owed as much to a crowd-pleasing electric backing band and a determination to be born again in the USA.

While Stewart could still concoct distinctly British songs when the mood took him – hear the vengeful, Sandy Denny-worthy “The Dark And The Rolling Sea” from 1975’s Modern Times – it was a determinedly mid-Atlantic colour-palette, developed as he did the hard yards in American venues, that allowed him to thrive. The live recordings here show him ruthlessly stripping the oldies from his set by the middle of the decade, with the albums of his 1975–78 imperial phase a purposeful rejection of his folk-club days. They have a Fleetwood Mac-ish reach for the back of big venues, exotic Moody Blues touches and a Randy Newman smartness with a tasteful trace of Pink Floyd pomp courtesy of producer Alan Parsons.

Crucially, Stewart’s baroque melodies matched the grand drama of his subject matter; “Not The One” (“Queen Bitch”, approximately) from 1975’s Modern Times; “Sand In Your Shoes” and Amy Johnson tribute “Flying Sorcery” from 1976’s Year Of The Cat; Mock Tudor monstrosity “A Man For All Seasons” and “Almost Lucy” from 1978’s Hipgnosis-sleeved Time Passages. Mass-market oriented, but superbly engineered.

Sales slowly declined thereafter, though The Admiralty Lights shows that Stewart did not give up easily. His 1980s records stand up well, the cheeseville production of Indian Summer and 24 Carrots gaining a pleasing patina with the passage of time, while other follies – such as his unreleased “(World According To) Garp” single and vintage wine-themed 2000 LP Down In The Cellar – show an artist with endless faith in their vision, however ridiculous. True to eccentric form, his most recent studio album, 2008’s Sparks Of Ancient Light, features riffs on the lives of classical adventurer Hanno
The Navigator and the final Shah of Persia, Mohammad Reza Pahlavi, among others.

Given the giant sweep of Stewart’s historical works, The Admiralty Lights is appropriately oversized. His songs can be wordy and portentous, and incur into David Brent territory at times (“negress”, as heard on “Zero She Flies”, is certainly not a word anyone else will be singing any time soon). However, that kind of linguistic overreach is the hallmark of a stylist with a burning need to impress – see also: Donovan, Steve Harley, Marc Bolan, Morrissey.

Judged on his early albums, Stewart was a two-bob Dylan with moderately heavy friends, but The Admiralty Lights shows that he raised his game magnificently from the mid-1970s. Those US chart figures he quoted in 1977 were a pointed reminder to the folkies back home that none of his Liege & Lief-literate contemporaries harnessed arcane drama as successfully as Stewart. And as Lord Nelson, Napoleon, Robespierre, Joseph Stalin and Winston Churchill would doubtless tell him if they had the chance, history loves a winner.