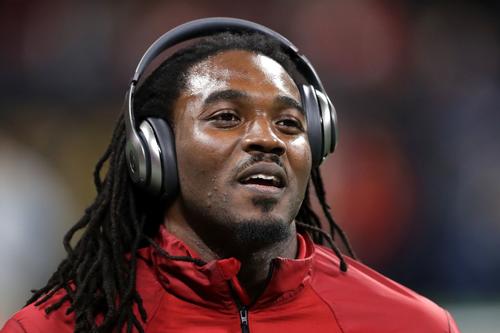 Before taking the field for last night’s National Championship game, Alabama running back Bo Scarbrough was heard, and videotaped, yelling “Fuck Trump” as the Crimson Tide made their way from the locker room to the field.

Despite the video evidence, Scarbrough has since denied making the anti-trump remark and says everyone simply misheard him.

After Alabama’s 26-23 overtime victory against Georgia, the junior running back quote-tweeted the video footage, “If y’all really listen I said Georgia smh about y’all people in this world.”

Check out the clip below.