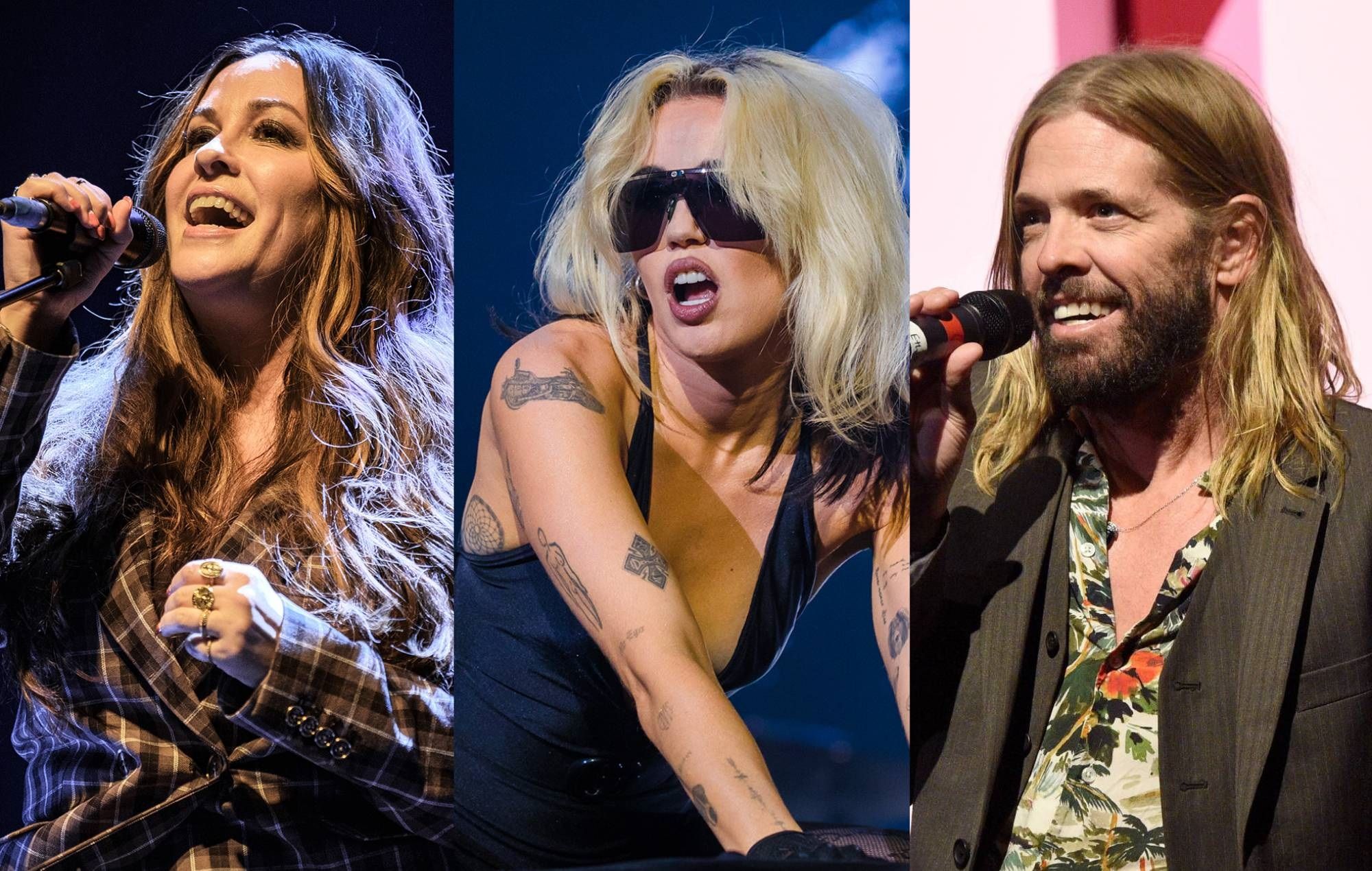 Last week, Foo Fighters announced that, together with the drummer’s family, the band will celebrate Hawkins’ memory and music at two special gigs in London and Los Angeles. ‘The Taylor Hawkins Tribute Concerts’ will take place at Wembley Stadium on September 3 before taking over LA’s Kia Forum on September 27.

Earlier today (June 15), the first wave of acts for the London show were announced, with Liam Gallagher and Mark Ronson joined by Queens Of The Stone Age‘s Josh Homme, Supergrass, Queen’s Brian May and Roger Taylor, Wolfgang Van Halen, The Pretenders‘ Chrissie Hynde and many more.

Now the LA line-up has been released, which you can view below, with Morissette, Cyrus and Smith being joined – just like the London show – by Homme, May, Taylor, Wolfgang Van Halen and Ronson.

Tickets on sale Friday, June 17 at 9am local time. pic.twitter.com/FW4RUmX32Q

Tickets for the LA show go on sale on Friday (June 17) at 9am local time. Sign up to Foo Fighters’ newsletter to get more information about tickets here.

Upon the announcement of the two shows, a statement on Foo Fighters’ website read: “As one of the most respected and beloved figures in modern music, Taylor’s monolithic talent and magnetic personality endeared him to millions of fans, peers, friends and fellow musical legends the world over. Millions mourned his untimely passing on March 25, with passionate and sincere tributes coming from fans as well as musicians Taylor idolised.

“The Taylor Hawkins Tribute Concerts will unite several of those artists, the Hawkins family and of course his Foo Fighters brothers in celebration of Taylor’s memory and his legacy as a global rock icon—his bandmates and his inspirations playing the songs that he fell in love with, and the ones he brought to life.”

Hawkins’ wife Alison has also shared a statement thanking the band’s fans for their support in the months since his death. “My deepest thanks and admiration go out to the global Foo Fighters community and Taylor’s fans far and wide for the outpouring of love each and every one of you have shown our beloved Taylor,” she wrote. “Your kindness has been an invaluable comfort for my family and me during this time of unimaginable grief.”

Since news of Hawkins’ death broke, numerous artists have paid tribute to the star, sharing memories and messages online and in interviews, and dedicating live performances to him.

Pearl Jam are among those who have honoured the drummer at their gigs, with frontman Eddie Vedder saying at one stop on their ‘Gigaton’ tour: “He was someone who truly, truly loved living life on this planet. So I guess the one thing we can be consoled by is the fact that he never wasted a moment, and he did live his life to the fullest. We just want more of it.”