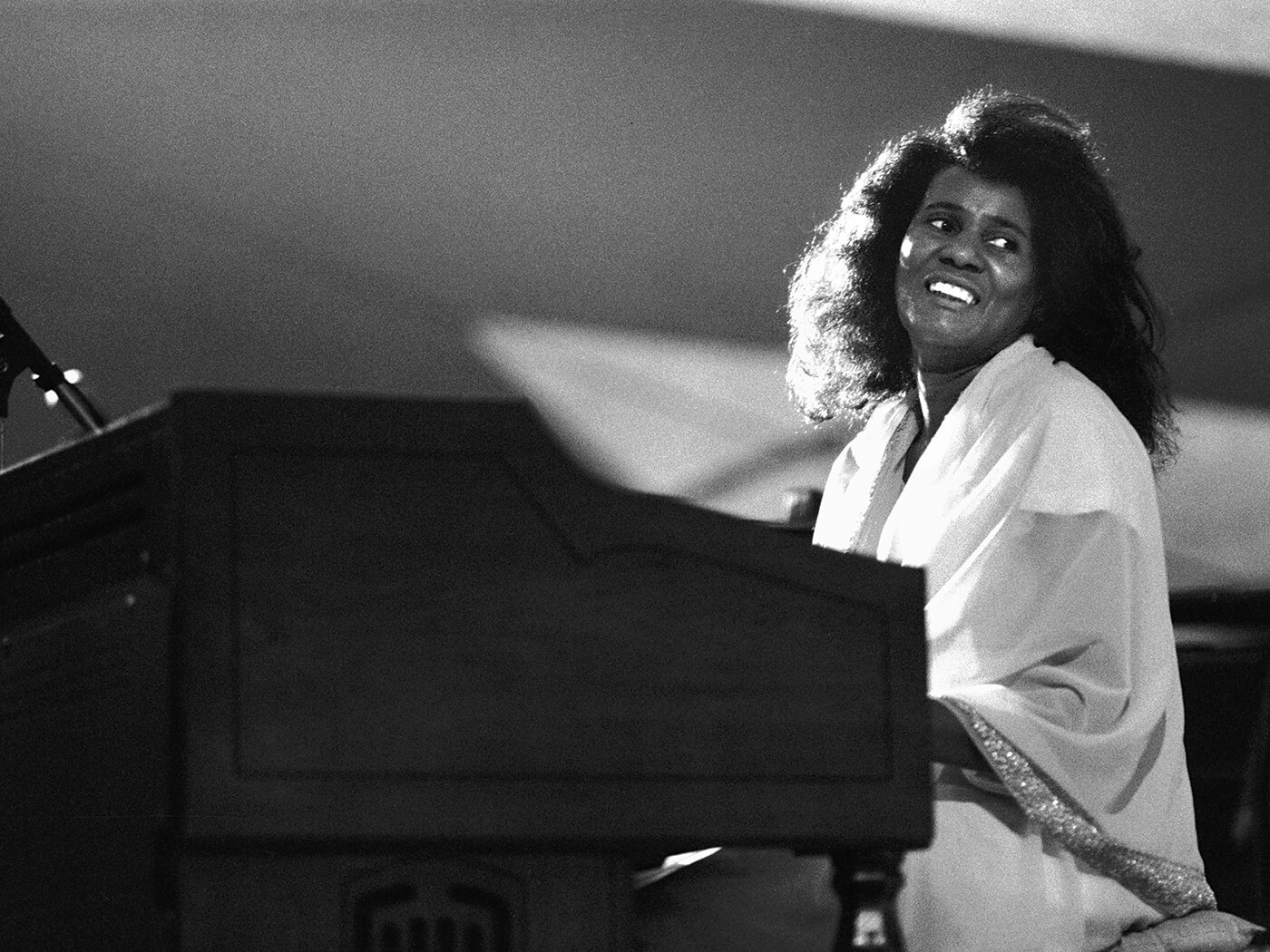 The recent popularity of Alice Coltrane’s music among a new generation of listeners can be a puzzle to longtime admirers of her late husband’s work. A distinguished John Coltrane scholar who teaches at an American university told me earlier this year that, while his students are extremely enthusiastic about Alice, they listen to John and don’t understand what the fuss was about. And one of the less ecstatic reviews of the recent Floating Points/Pharoah Sanders album observed that the music seemed to be doing little more than trying to replicate the mood of Alice’s recordings at their most trance-like and undemanding.

Yet from the work of her nephew Steven Ellison (Flying Lotus) to explicit homages paid by Paul Weller, Laura Veirs, Sunn O))) and others, the textures and flavours of the albums Alice made between her husband’s death in 1967 and her own departure for other planes of being in 2007 are now a common resource, forming a part of the fabric of modern music and an object of reverence for exponents and admirers of “spiritual jazz”.

What does the enthusiasm for spiritual jazz really amount to? A sceptic would say that its protagonists are looking for an easy way to enjoy or play jazz, entering through a gate beyond which lies little of the challenge that characterised the music of Charlie Parker, Miles Davis, Ornette Coleman and, of course, John Coltrane himself, whose late work will provoke heated arguments for as long as people still listen to recorded jazz.

But it was Alice’s husband who can be credited with laying the foundations for spiritual jazz – not least with a composition called Spiritual, included on an album called Coltrane “Live” At The Village Vanguard in 1961. The grave incantation of its slow, hymn-like melody by Coltrane’s tenor saxophone established a mood of solemn meditation that he would develop over the ensuing four years and into his masterpiece, A Love Supreme, which countless other artists, from Pharoah Sanders to Jan Garbarek and Kamasi Washington, would take as the basis of their personal explorations.

Alice McLeod and John Coltrane were married in 1965, when she was a modern jazz pianist with a minor reputation and he was receiving global acclaim. She replaced McCoy
Tyner as the “classic quartet” broke up and a new lineup veered into freer and more expansive, exploratory realms that were seemingly influenced by John’s experiences with LSD, as well as by a search for spiritual fulfilment already made explicit in album titles such as Meditations and Ascension.

By this time, John was allowing even semi-pro musicians to join the band on stage and occasionally prefacing a performance with the Sanskrit chant of Om-mani-padme-hum. To some, the presence of Alice was an unwelcome symbol of the break with the rules, routines and conventions that had kept her husband’s music within the boundaries of jazz even as it pushed against them.

After his death, her music began to incorporate the sound of the concert harp that he had given her. Its sweeping glissandi both emphasised the reassuring stability of modal harmonies and evoked sounds of other musical cultures, notably the drone of the Indian tambura and the rippling of the Japanese koto. Thus suggestions of Hindu and Buddhist religions were combined with the Christian traditions within which both Coltranes had grown up, and which formed a part of John’s pantheistic beliefs. The music that Alice made after his departure could be seen, according to Ben Ratliff, his biographer, as the product of his most devoted disciple.

In the early ’70s, Alice became attached to the teachings of Swami Satchidananda – whose followers also included Carole King – and her music gradually moved further away from the relatively straightforward jazz represented by her early solo recordings, such as A Monastic Trio and Huntington Ashram Monastery. The acquisition of a Wurlitzer organ and an Oberheim synthesiser gave her the tools with which to create cinematic soundscapes illustrating the spiritual journey that she was on, further expanded on Universal Consciousness, Lord Of Lords and World Galaxy by the use of string orchestras.

She was searching, she said, for music that didn’t require pauses for breath: “The instruments which require breathing are more in line with what’s happening on an earthly level. But the instruments that can produce sound that’s continuous, to me express the eternal, the infinite.”

Away from the public eye, however, her music was being constructed on a different scale, first in the Vedantic Centre she set up for her family and fellow devotees in Woodland Hills above Malibu in Southern California and then in an ashram in nearby Agoura Hills. Having taken the name Turiyasangitananda, she was performing bhajans and kirtans, songs of praise to the deity: some of them sung as solos accompanied by a keyboard, others as choral chants with percussion accompaniment, occasionally featuring other solo singers from within the community. She recorded many of these in the 1980s and ’90s, making them available to fellow adherents on cassettes whose titles included Divine Songs and Infinite Chants. A selection of them received a wider airing when Luaka Bop released a compilation titled The Ecstatic Music Of Alice Coltrane Turiyasangitananda in 2017.

Kirtan: Turiya Sings is drawn from the same source as the 1982 cassette Turiya Sings, but is a very different affair. Here the concentration is entirely on solo songs, stripped of all the decoration – the strings and synthesisers – from their original incarnations, leaving just Alice’s voice and her Wurlitzer organ. Something like the opening Jagadishwar benefits greatly from the removal of the trimmings. It might be blasphemous to say so but the result is curiously reminiscent of hearing Nico performing the material from The Marble Index and Desertshore in concert, the clarity and directness of her voice and harmonium revealed in the absence of John Cale’s arrangements.

Funnily enough, the comparison is not entirely inappropriate, even if the artistic intentions were wholly different. Alice’s singing voice is also a deep contralto, strong and sure, notable for an absence of inflection, although never strident. Similarly, the organ is required to do no more than play sustained chords with a modest, rustic, harmonium-like tone. The songs are slow-paced and even in cadence, their repetitive melodies and simple harmonies generally held within such tightly defined limits that the slightest variation – as in the modest melodic wandering of Krishna Krishna – comes almost as a shock.

The listener is drawn into a world of solitary devotion, very unlike the infectious choral chanting, banging and rattling on display in the Luaka Bop album (and also familiar from the chants of the followers of Krishna who once operated in London under George Harrison’s patronage). Any spiritual ecstasy on offer here appears to be of a more private kind, although no doubt offering a glimpse of the divine to believers.

On other listeners, particularly those unfamiliar with Sanskrit and either ignorant or dismissive of the belief system of which these songs are an expression, its effects will be less certain. But the longer you listen, the more you’re drawn in and the less aesthetically confining the music’s self-imposed restraints seem. What’s clear to sympathetic listeners is the direct emotional link between John Coltrane’s pioneering Spiritual of 1961 and the sound of his wife’s songs released 60 years later: very different means, same search.