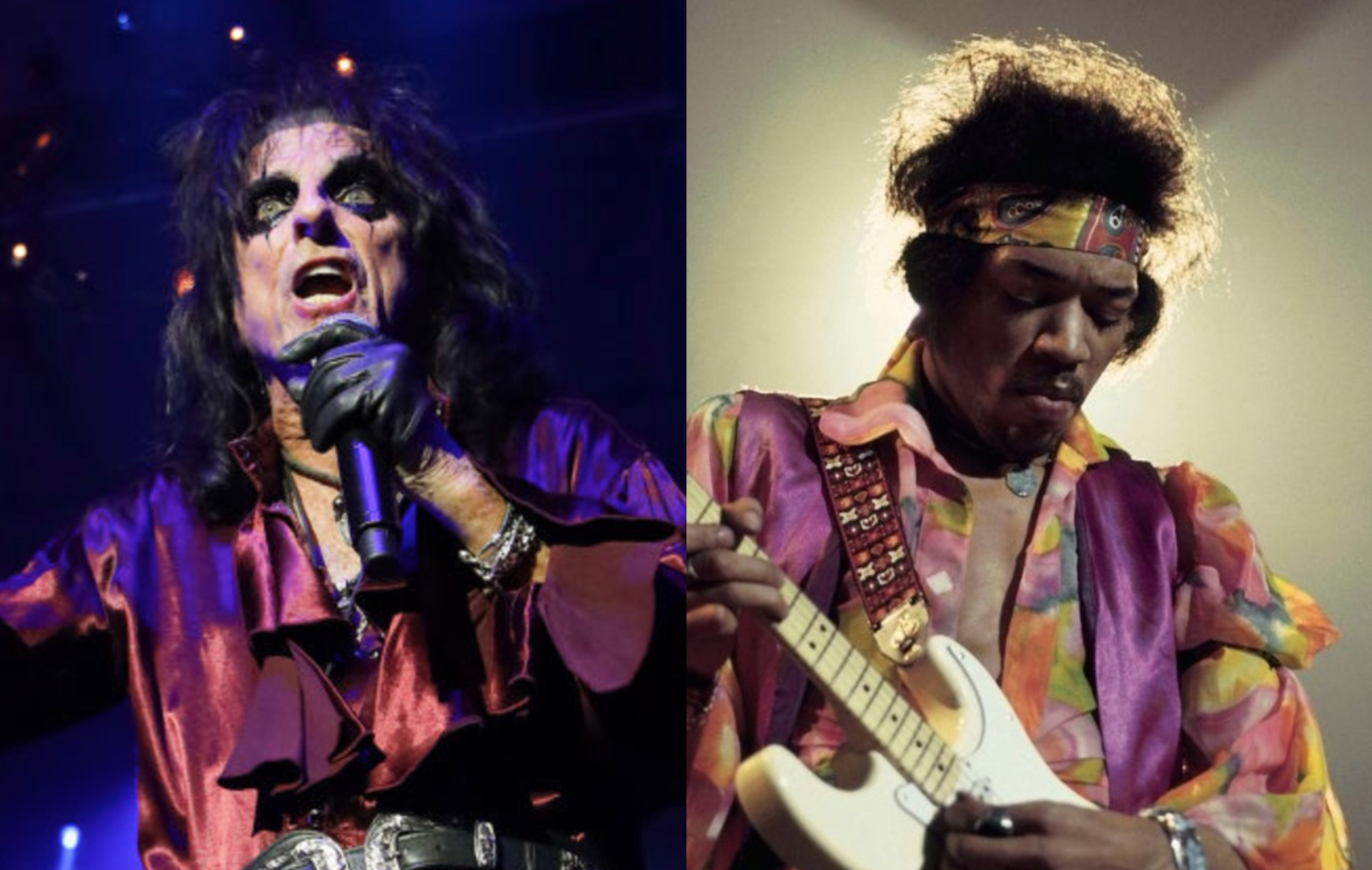 Alice Cooper has revealed that his first experience using drugs was alongside Jimi Hendrix.

Speaking in a recent interview, the legendary rocker was asked to describe the first drug experience he ever had.

“Weed was the first drug, and it was [with] Jimi Hendrix,” he told Ralph Sutton and Big Jay Oakerson on The SDR Show. “I’m sitting there after the show. I went to see them. And we were just a little high school band. But they said, ‘Hey, come on up to the hotel room.’ And we were sitting on his bed, and Jimi goes, ‘Here, man,’ [and he passed me the joint]. And I went, ‘Okay.’

“And then he goes and puts a quarter in the bed – you know, the vibrating bed. There was, like, eight people sitting on the bed. And he goes, ‘We’re on a spaceship.’ And I went, ‘Okay.’”

Cooper also recalled his worst drug experience. “It was Detroit, and I think it was crystal THC,” he said. “It was, like, four in the morning. I regained consciousness. And I thought it [was] a Jim Jones thing. And I got up. I remember it was about 20 degrees below outside. And I walked outside just in my shirt on, just to wake up. And when I came back in, everybody was just kind of coming up.

“It was weird; it was like a [Federico] Fellini thing. It was so strange that I really did believe that everybody was dead, and I was the only one that survived it.”

The ‘School’s Out’ singer has been sober since 1983 when he was diagnosed with cirrhosis.

Last month, Cooper revealed that he would like to front Foo Fighters if his band ever broke up.

The rock legend has played on stage with Dave Grohl and co a number of times over the years, and shared his admiration for the way the band have covered his songs in the past.

NME recently spoke to Alice Cooper about his new album ‘Detroit Stories’, shocking the establishment and why rock isn’t dead after all. Watch the full interview above.

“There’s a bunch of 18-year-old kids in there with guitars and drums and they’re learning hard rock,” he told NME. “It’s the same with the United States, there’s all these young bands that want to resurge that whole area of hard rock,” he said of the resurgence of rock’n’roll music.