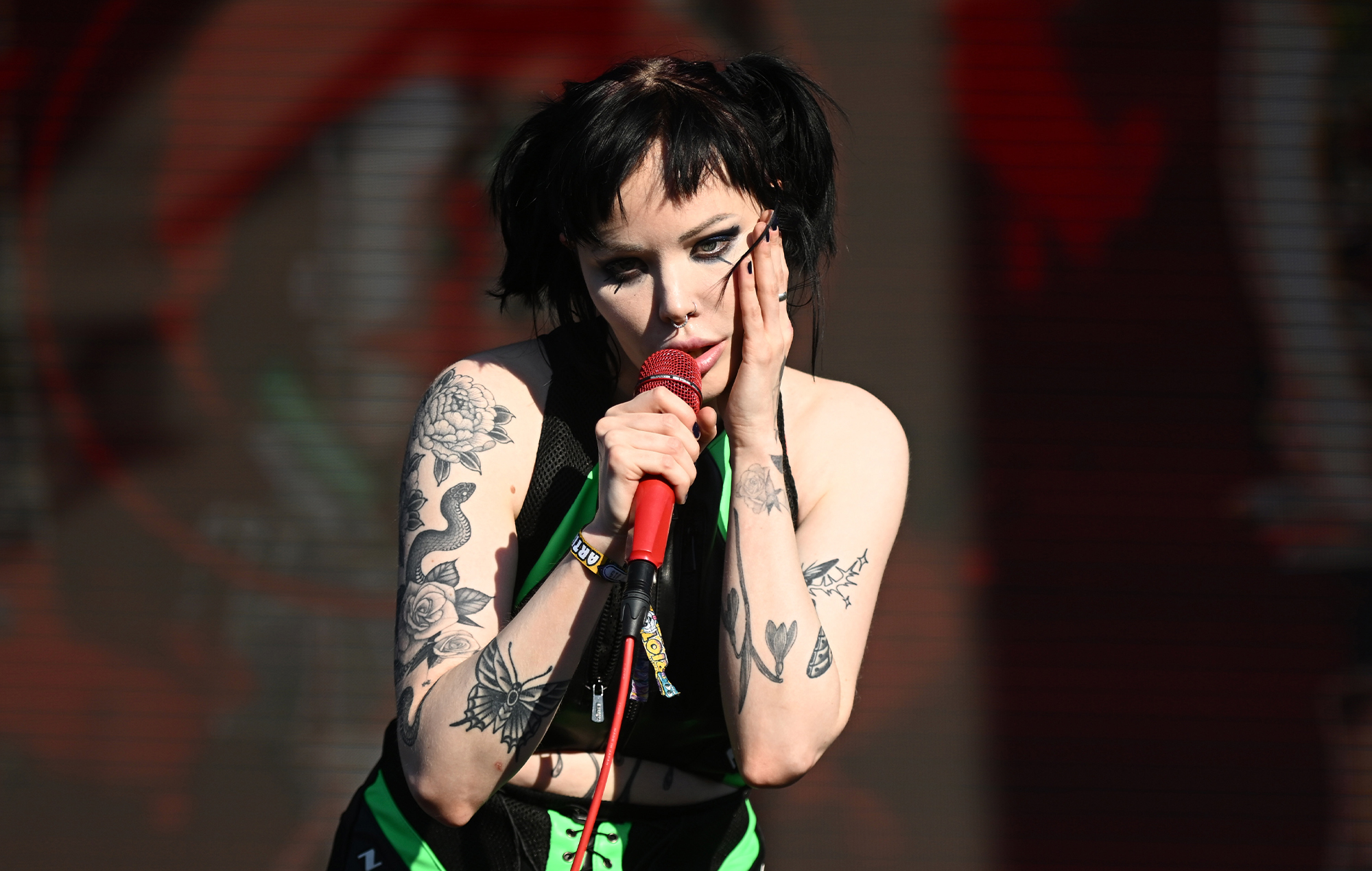 Midway through her ‘Trauma Bond’ tour of North America, Alice Glass has shared the studio version of ‘Lips Apart’, a song she’s performed on all dates of it thus far:

The song was co-produced by Matt Radd and Jupiter Io, the latter of whom also largely co-wrote and produced Glass’ debut solo album, ‘PREY//IV’. It marks the first new music that Glass has released since the album was released back in February, however it predates much of the material that made it onto the album – per setlist.fm, she’s been performing the song live since 2018.

Like several of Glass’ releases over the past few years, ‘Lips Apart’ touches on themes of trauma, abuse and isolation. She sings in the first verse: “Leave me alone, I will never belong / Leave me in the room where my feelings won’t thaw / Don’t look at me now, I’m a scratch, I’m a flaw / A gangrenous limb that will soon be cut off.”

Have a listen to ‘Lips Apart’ below:

The release of ‘PREY/IV’ was supported by four singles: ‘Suffer And Swallow’, ‘Baby Teeth’, ‘Fair Game’ and ‘Love Is Violence’. In a four-star review, NME‘s El Hunt wrote that “many of these songs are couched in layers of rave, industrial dance and even flickers of upbeat and slightly saccharine contemporary pop”.

“As deep as her lyrics dig into shadowy darkness, the record’s unrelenting pulse feels like a cathartic release,” Hunt continued.

Glass’ current North American tour continues in Montreal tonight (September 21), with shows in Cambridge, Baltimore and Brooklyn rounding out the week. After a short break, Glass will return to the stage at the end of October to play Californian shows in Los Angeles, San Diego and Pomona.

Back in March, Glass asked Machine Gun Kelly to apologise for what she described as “predatory behaviour towards underage girls”, stemming from comments that Kelly had made in old interviews.

Pointing to quotes from Kelly that excused statutory rape on the merit of the perpetrator’s status, Glass said: “These are the same arguments I heard as a young teenager. Arguments that were used to exploit me.” Kelly did not respond to Glass’ comments.