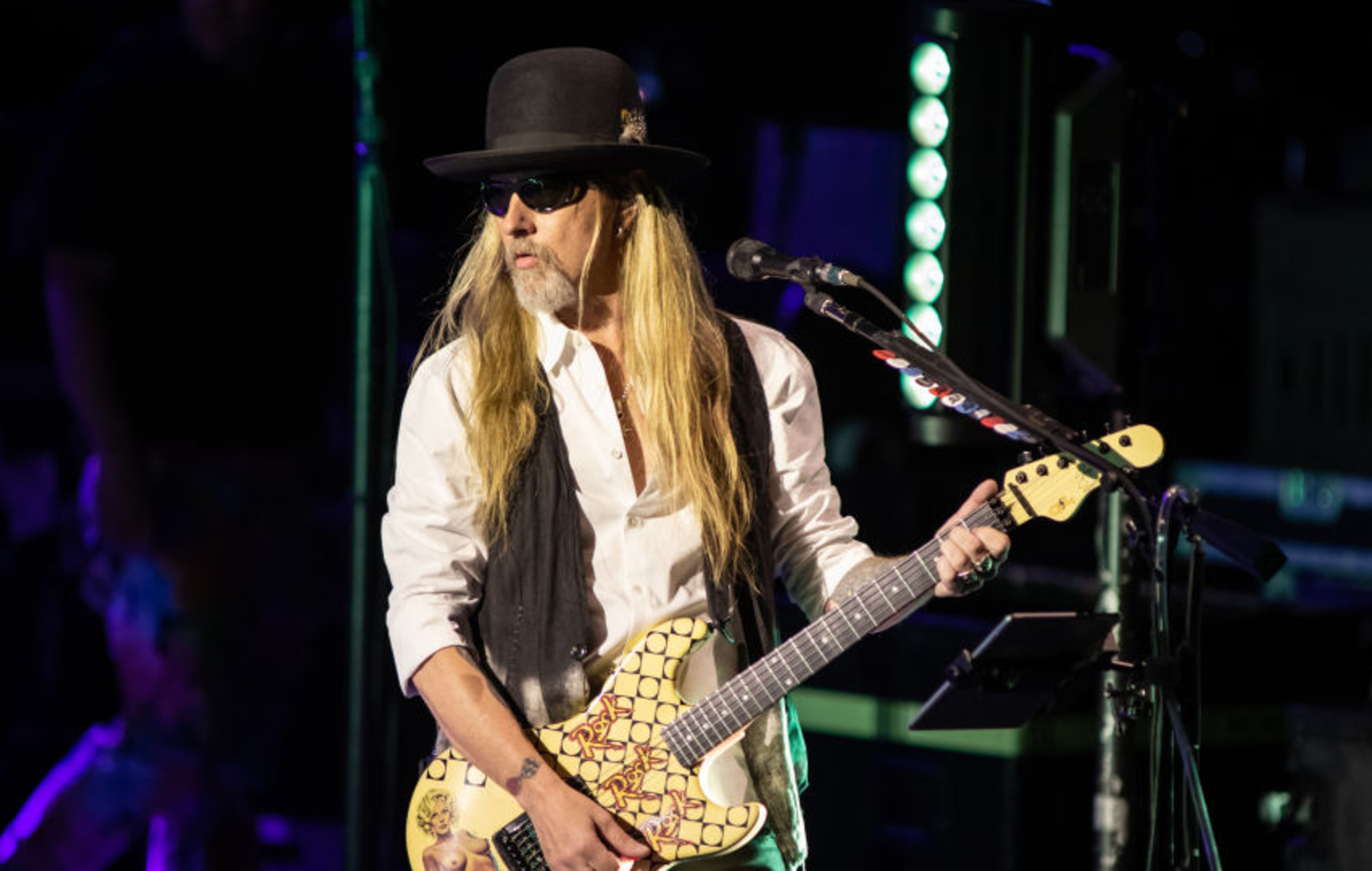 The Seattle band’s guitarist-vocalist announced last year that he was recording the follow-up to his previous solo albums: 1998’s ‘Boggy Depot’ and 2002’s ‘Degradation Trip’.

“It’s time to make the Raawwwkkk !!!,” he captioned a series of studio snaps on Instagram, confirming his first LP in almost 20 years.

On Thursday (March 4), Cantrell returned to social media to share that he’s now finished the album. He accompanied the news with a picture of himself posing next to engineer Paul Fig, The Dillinger Escape Plan‘s Greg Puciato and producer Joe Barresi.

“Finished my record tonight one year to the day from when we started recording it,” Cantrell wrote. “What a crazy journey … always is. Look forward to setting it free upon your ear holes sometime soon.”

Back in 2019, Cantrell and Puciato collaborated on a pair of intimate unplugged dates. Puciato sang Layne Staley’s parts during the Alice in Chains songs, hinting that Puciato and Cantrell might be collaborating on other material.

Elsewhere, Metallica have shared a cover of Alice In Chains‘ classic track ‘Would?’.

James Hetfield and co. performed the 1992 single during a virtual event that saw Alice In Chains receive the annual Museum Of Pop Culture (MoPOP) Founders Award.

Appearing in a split-screen format from their respective homes, Metallica delivered a stripped-back take on ‘Would?’, which appeared on AIC’s second full-length album ‘Dirt’ as well as the Singles soundtrack.

Code Orange have also recently put their own spin on an Alice In Chains track, covering  ‘Down In A Hole’ in a recent acoustic live performance.

The band went live via Twitch in August, performing favourites of their catalogue including ‘Who I Am’, ‘Autumn and Carbine’ and ‘Ugly’.