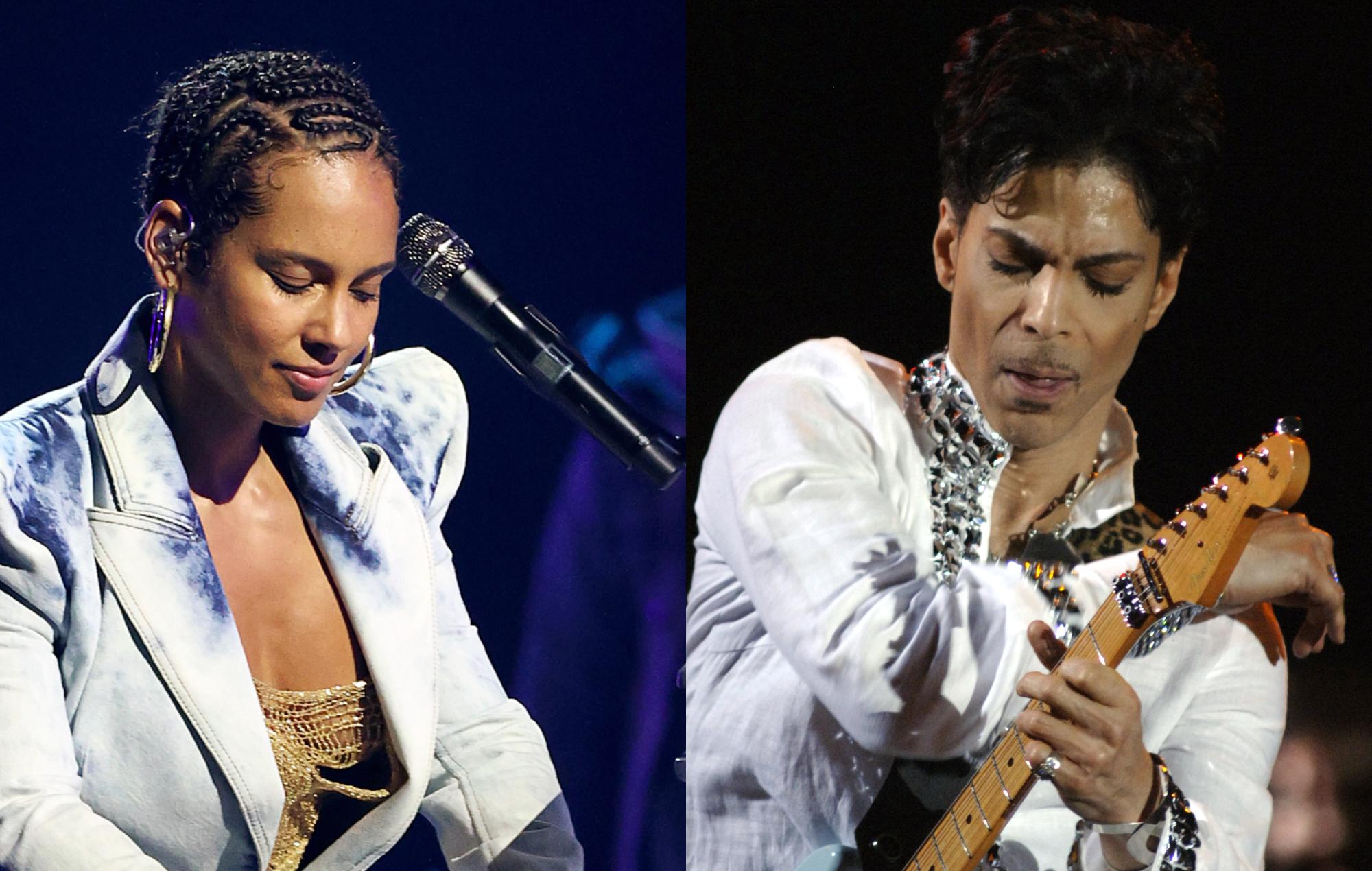 Alicia Keys has spoken about how she persuaded Prince to let her cover his 1982 single ‘How Come You Don’t Call Me’ for her debut album.

The singer, who marked 20 years of her first record ‘Songs In A Minor‘ on Saturday (June 5), told the story of how she got permission from Prince, who was famously reticent about samples and people covering his music.

Speaking to Ebro Darden of Apple Music Hits on, Keys recalled: “He takes me to Paisley Park. And this place is like a dream. And he’s walking me through Paisley Park, [I’m] 18 years old. He has like 900 pianos.

“[He says]: ‘This is the piano when I wrote ‘When Doves Cry.’ This is the room that we sit on the floor with the purple things and we write songs.’ I could not believe it.”

From “Piano & I” to “Lovin’ U,” Alicia Keys looks back on 20 years of #SongsInAMinor with Ebro.Watch: apple.co/_ed

Keys continued: “Then he says, ‘This is the stage. We want you to perform a little set for my closest people.’ He would invite them to Paisley Park whatever he did. He had his own universe going. And he was like, ‘One thing. You can’t curse.’ And I was like, ‘Well, he must not know me, because I curse.’”

Eventually Prince gave Keys his blessing and the single would go on to be part of a historic debut for Keys.

‘Songs In A Minor’ debuted at Number One in the US and the UK, among other countries, with approximately 236,000 copies sold and later going on to secure 7x-platinum [via HipHopDX].

In other news, the singer shared a 20th anniversary edition of ‘Songs In A Minor’.

Originally released on June 5, 2001, ‘Songs In A Minor’ spawned the hit singles ‘Fallin” and ‘A Woman’s Worth’. It bagged the New York singer, songwriter and producer five Grammys.

To celebrate the album’s landmark date, Keys has released a special edition set that features two previously unreleased bonus tracks from the original album recording sessions, ‘Crazy (Mi Corazon)’ and ‘Foolish Heart’, the latter of which was the first song she ever recorded.