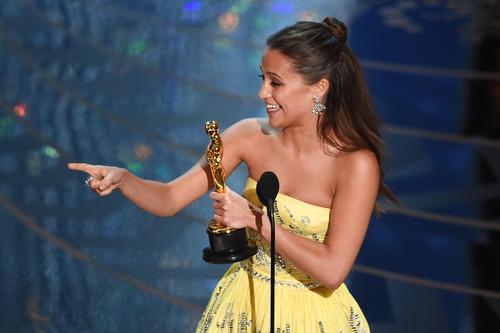 Move over Black Widow and Katniss Everdeen – if Warner Bros. has their way, Alicia Vikander’s Lara Crt is about to become the biggest female action star at the movies.

The studio debuted a brand-new trailer for the upcoming Tomb Raider film, complete with a grittier-sounding version the classic Destiny’s Child track “Survivor” accompanying a good chunk the visuals.

In the teaser, Vikander (who has already won an Oscar at the tender age 29) runs through the jungle while seemingly avoiding death at every turn. Whether its a giant waterfall, trying to avoid being crushed by giant pieces rock as a cave collapses or avoiding the many, many spurts gunfire from those who are out to stop here, this small collection the movie’s visuals is, if nothing else, a nice bit adrenaline to the veins. Check out the entire trailer below.

The character Lara Crt has been essayed in Hollywood before, by none other than Angelina Jolie. With the first installment coming out in 2001 and a sequel hitting cinemas in 2003, the short-lived big screen stint for the iconic video game heroine seemed doomed to be somewhat akin to a whimper. However, after spending several years in production turnaround, the Vikander-led version looks to breathe come new life into the Crt mythos and give the studio another big-time box fice anchor to call their own.

How do you think Tomb Raider stacks up against 2018’s other action movie competition: Black Panther, Avengers: Infinity War and the upcoming Han Solo origin story? Let us know in the comments section.