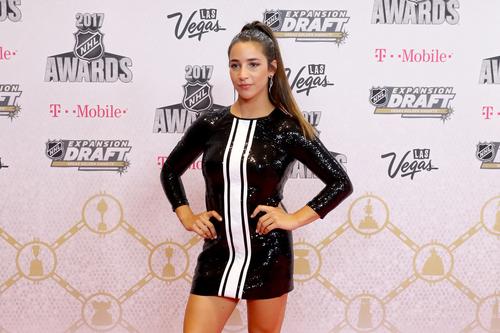 Aly Raisman On Larry Nassar Abuse: "This Tragedy Could Have Been Avoided"

Three-time Olympic gold medalist Aly Raisman delivered a bold and powerful speech when she took the stand to share her statement as one the 100+ victims Larry Nassar’s sexual abuse.

With Larry seated in the same room, Aly not only ripped into him for his disgusting acts, she also put the USA Gymnastics and the U.S. Olympic Committee on blast for not listening to the reports that were said about Larry. “If over these many years just one adult listened, and had the courage and character to act, this tragedy could have been avoided,” she said.

“For this sport to go on, we need to demand real change, and we need to be willing to fight for it. It’s clear now that if we leave it up to these organizations, history is likely to repeat itself,” Aly added. “Now is the time to acknowledge that the very person who sits before us now—who perpetrated the worst epidemic sexual abuse in the history sports, who is going to be locked up for a long, long time—this monster was also the architect policies and procedures that are supposed to protect athletes from sexual abuse for both USA Gymnastics and the USOC.”

In the video below, you can see Aly look her abuser in the eye and say: “You do realize now the women you so heartlessly abused over such a long period time are now a force, and you are nothing.”