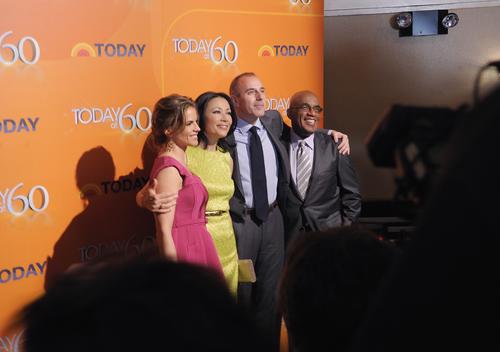 The unavoidable entertainment story last year was the #MeToo movement, an incredible showcase strength by women who had been disgustingly wronged by men in power, many whom worked in some subsection the entertainment industry. This is even true news organization, with well-known TV anchors Matt Lauer and Charlie Rose losing their jobs and torpedoing their careers in the process, all because allegations rampant sexual misconduct. Now, Lauer’s former Today co-anchor Ann Curry is speaking out about the reckoning that has gone on and, in her mind, it’s “overdue.”

Speaking with the crew over at CBS This Morning yesterday, Curry was as diplomatic as she could possibly be, admitting that she didn’t want to get more personal than she needed to be, but she also didn’t mince her words when it came to shedding a light on how bad things really were and, more than likely, still are. “This is about a power imbalance],” she said, “where women are not valued as much as men.” Check out a clip her interview on the show below.

She also admitted that she wasn’t surprised by the allegations levied against Matt Lauer and, to a greater degree, wouldn’t be surprised if there was more dirt still to be dug up on employees at a network that Curry says had cultivated a pervasive climate verbal sexual harassment. Check out the following clip from her swan song over on Today, with Lauer doing his best fake “we’re sorry to see you go” face.

NBC has done its best to let the public know they’re rectifying the situation, including instituting hugging protocol in a revamped code conduct over at the network. All those details can be found here.