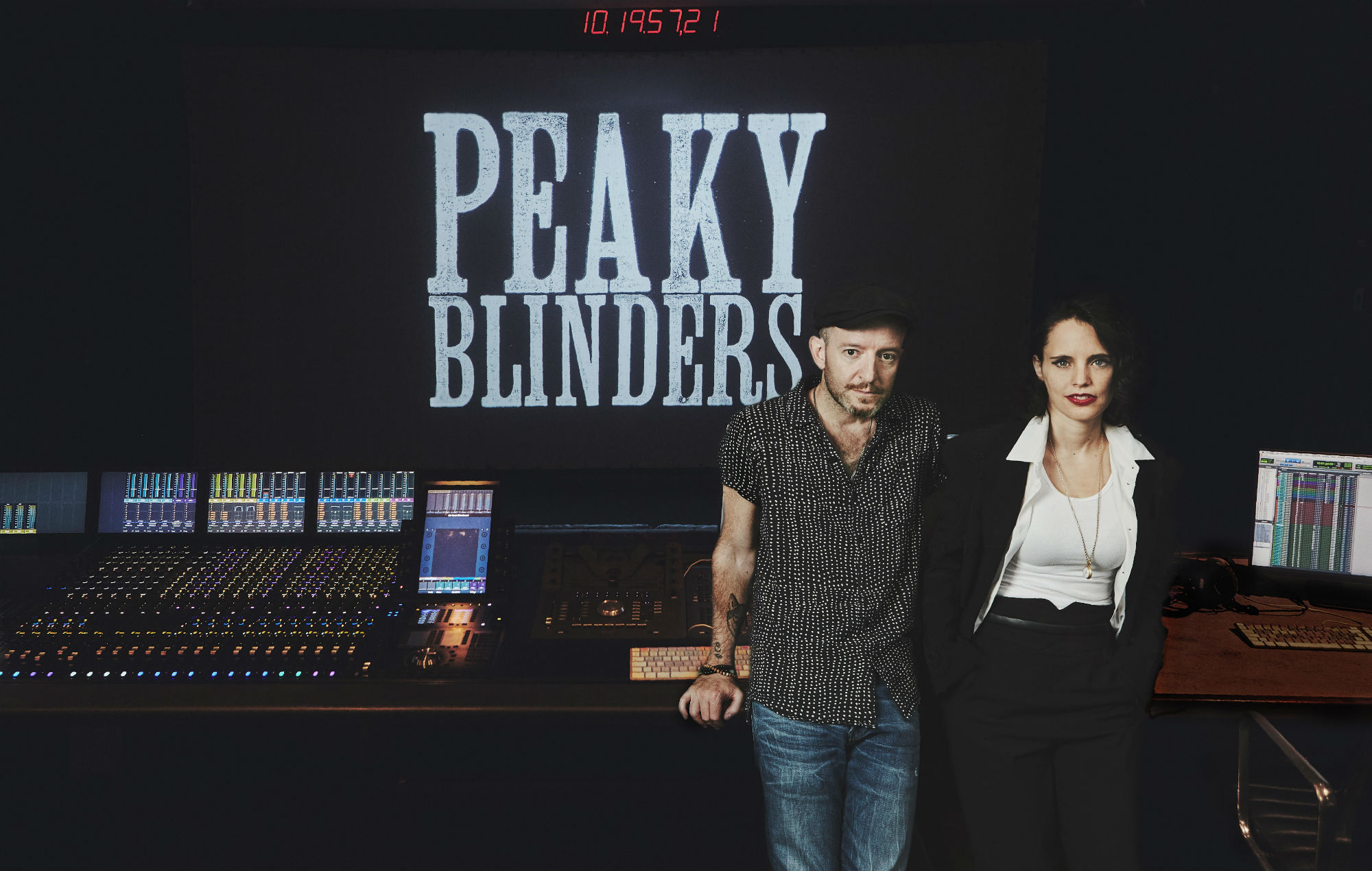 Having penned the score for the final series of Peaky Blinders, Anna Calvi has now announced details of the ‘Tommy’ EP with new songs recorded for the show. Check out the single ‘Ain’t No Grave’ along with our interview with Calvi below.

Following on from the weekend’s epic season six finale, the Mercury-nominated Calvi today announced details of an EP comprising two original songs inspired by lead character Tommy Shelby (played by Cillian Murphy), along with covers of show staples by Bob Dylan and Nick Cave & The Bad Seeds. The first taster of the EP comes in the form of single ‘Ain’t No Grave’, as first written for the last series and “evolved further” for this one.

“I just liked the idea of Tommy having his own song to sum him up,” Calvi told NME of the track. “It’s a combination of bravado to the point of madness – where he thinks that he’s literally God – but at the same time there’s a feeling that this thing is going to catch up with him. He can’t keep surfing this wave of somehow escaping death.

“There’s also a childlike hope in him that one day he’ll put his gun down and be a better person. I wanted to try and get all of those ideas into this song – both musically and lyrically.”

Calvi had previously attempted to write what was dubbed as a ‘theme for Tommy’ when she wrote the song ‘You’re Not God’ from season five. Asked if ‘Ain’t No Grave’ could be considered a sequel, she replied: “I guess it is, yeah. It’s more of a heightened sense of destiny coming towards him. ‘You’re Not God’ was a bit cheekier, but this one’s like, ‘Shit’s gonna go down’. That’s just what this season feels like.”

Another original song, ‘Burning Down’, came from a place of “writing songs specifically for Tommy, as if these were the songs that were going around in his head”.

“I wrote a quieter, gentler song that still somehow sums him up,” said Calvi. “Although he’s obviously very much about action, I think the most interesting moments are when we just watch him think in his stillness. I wanted almost a B-side to ‘Ain’t No Grave’ that was about that.”

The EP also features two covers – a rendition of ‘All The Tired Horses’ by Bob Dylan and the show’s classic theme ‘Red Right Hand’ by Nick Cave & The Bad Seeds – that were both recorded for the series but not included in any episodes.

“I liked the idea of having them on this EP as a way of saying goodbye to this character who has basically taken over my life for the last few years,” Calvi told NME. “What was funny is that Nick Cave’s drummer Larry [Lawrence Mullins] is playing on the track – covering one of his own songs! He had a lot of patience with trying to reimagine it. It’s such an amazing song that you can’t really get close to the original. It’s more like a homage to what a great song that is.”

After scoring the music for season five of Peaky Blinders, Calvi was asked to return for the latest run – but this time working with acclaimed Nick Cave producer Nick Launay. Together, they worked hard to capture the essence of Tommy Shelby; the season climax saw his life of crime, murder and political dealings catch up with him as he sought to draw a line under his past and start anew.

“I really had to get into his head to write the score, and I very much had the idea that my guitar was his bravado and violence, while my voice was his hope for a better life,” she said. “It’s darker this time, and there’s this feeling of time running out for Tommy. He could only go so far along this path before everything catches up with him.

Calvi continued: “All along he’s had these outward enemies that he’s had to get away from, but it’s really the enemy within that’s finally going to get him. Trying to portray that with the music that’s a very internal struggle, that’s the one that really counts.

Having worked with Launay on her acclaimed 2018 album ‘Hunter‘, Calvi said that the score benefited from his experience as a “master of sound”.

“Season five was literally me in a room on my own, doing everything,” she said. “That was such a massive undertaking, so it really was a relief to have someone with me for the process this time because it’s such a big job. He’s really good at manipulating sounds and changing them. It just gave such a new language to the music that I had written.

While working on the score, Calvi also became a mother for the first time – an event which she said helped to connect to Tommy Shelby’s feelings as a protective father and family man.

“It’s funny because when I was recording the soundtrack I was pregnant, so the first music that my child ever heard was Peaky music,” she said. “That’s quite a cool way to begin your life! There has to be a strength, a single-mindedness and an animalistic power to be a parent. Not in a murderous sense, but you have an idea of you need to do so you just have to do it and be brave with it.”

Calvi told NME that she hadn’t yet had any discussions about being involved in the upcoming Peaky Blinders movie and spin-off series, but did reveal that she’d most like to see a stand-alone series about the “strong female characters” in the series.

For now, she’s preparing her upcoming fourth album, which she said was “coming along”.

“I don’t like talking about it too much because I don’t want to jinx it, but it’s definitely a different feeling from ‘Hunter’,” Calvi told NME. “It feels good to move on from that.”

Asked if her new material had been shaped by her time working on Peaky Blinders, Calvi replied: “When I’m working on the show, I really switch off any questioning thought. I watch, I play and I just go with the first thing I do.

“I trust absolutely in that process of hearing it, feeling it and playing it. I’ve never really done that with songwriting, but I feel like it’s a really great way of being creative because it just shuts out all of the negative voices. I work really, really quickly, so I’m trying to take that on board when working on this record.”

Describing Calvi and Launay’s work on the score of the last season, Peaky Creator Steven Knight told NME: “It’s still the dreamscape that allows certain emotions to happen, while at other times it’s contrasting with what’s going on.

“It’s the bridge between a period drama and a modern audience. It gives you that emotion that you recognise. The people who were living then have the same emotions that we do now, but just in different clothes.”

Other recent releases that have featured in the show include the solo single ‘5.17‘ and ‘That’s How Horses Are’ by Thom Yorke, as well as ‘Pana-Vision’ from his side-project with Radiohead bandmate Jonny Greenwood and Sons Of Kemet’s Tom Skinner, The Smile.

Sleaford Mods frontman Jason Williamson also made a cameo in the final episode.

Anna Calvi releases the ‘Tommy EP’ on May 6 via Domino Records. Pre-order it here, and check out the tracklist below.

Calvi will also be appearing at London’s All Points East Festival on Sunday August 28. Visit here for tickets and more information.