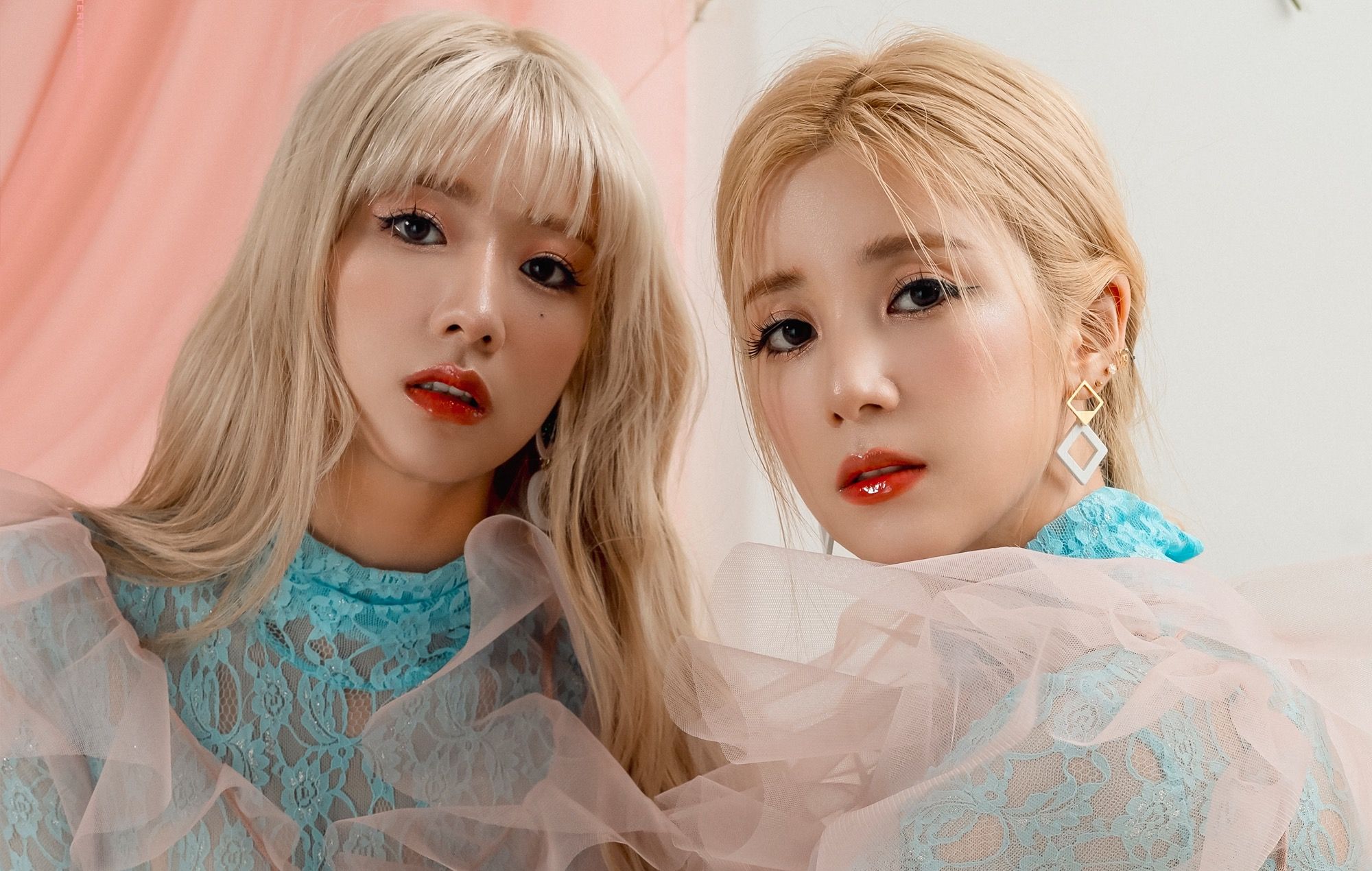 In the colourful new visual, Chorong and Bomi appear as mannequins who come to life and begin exploring the world around them. Dressed in matching outfits, the duo wander several rooms, including a fashion studio and indoor pool, before escaping into the outdoors.

“I’m your copy, copycat / Let me do whatever I want / As much as you like / A perfectly similar collabo,” they sing in the upbeat chorus.

In addition to ‘Copycat’, the new single album includes two B-sides, ‘Oscar’ and ‘Feel Something’, which were released at the same time.

First announced last month, Apink’s first-ever sub-unit comes 11 years after the girl group’s debut in 2011. The group are rounded out by other members Jung Eunji, Oh Hayoung and Kim Namjoo.

At the time, IST Entertainment noted that “Apink has had one-time combinations of members for some tracks or concert performances, but this is its first time forming an official subunit to release an actual album.”

‘Copycat’ arrives five months after the girl group’s special anniversary album ‘Horn’, which was led by the title track ‘Dilemma’. In a four-star review, NME‘s Carmen Chin described the album as a “delicate expansion of Apink’s mature, adult sound.”

The 11-track record also marked their final release before the departure of founding member Son Na-eun in April 2022. “I made this difficult decision after a lot of debate, and though it wasn’t an easy decision, I plan to become a Panda (Apink’s official fanbase) and cheer on Apink starting from now on,” Son wrote when she broke the news on Instagram.

“I will engrave the name ‘Apink’s Son Na-eun’ in my heart, and I think showing you better things in the future, so that I don’t bring shame to that name, is one way I can repay you,” she added.