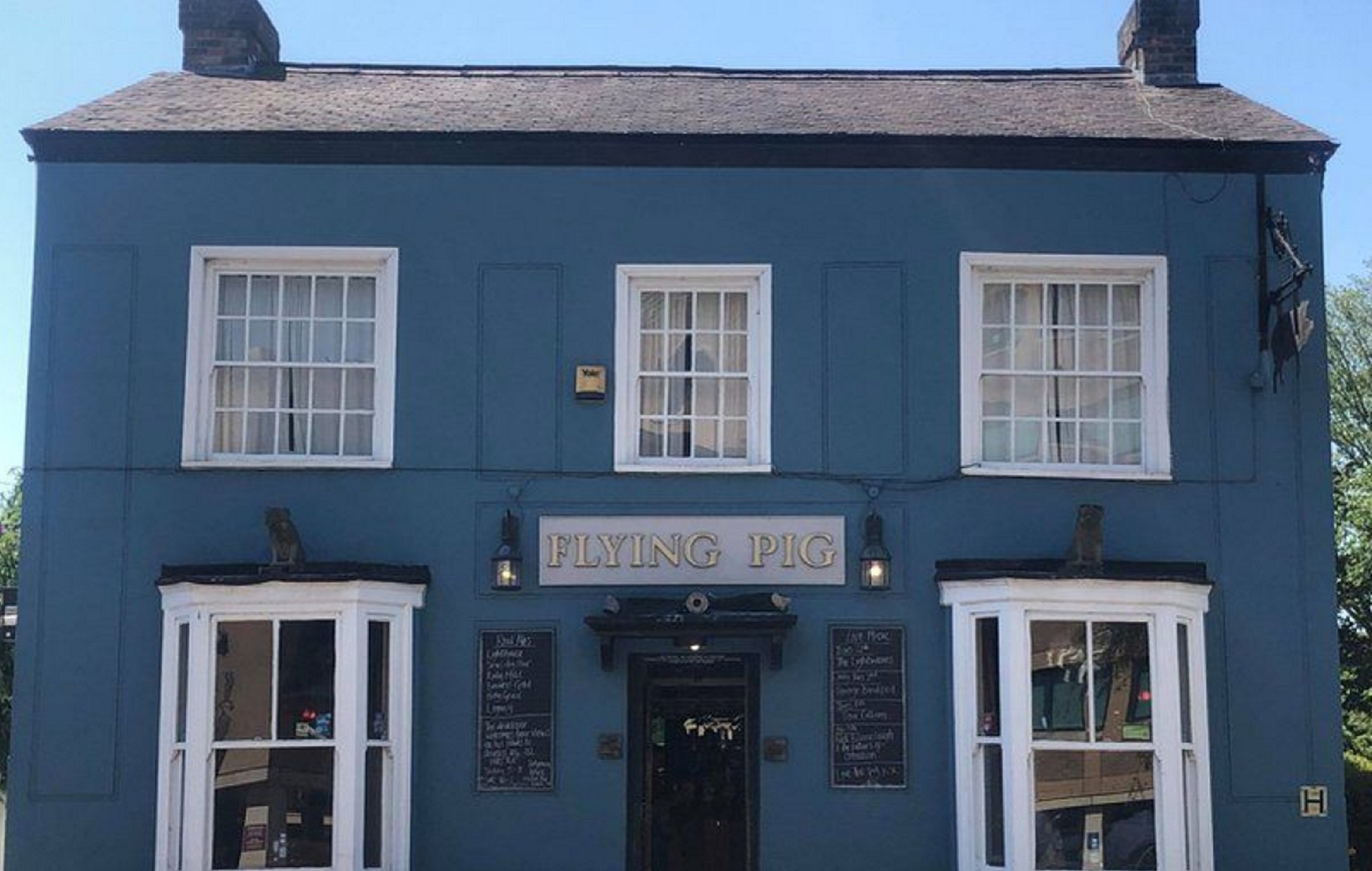 Appeal launched to save ‘Pink Floyd’ pub and venue from demolition

An appeal has been launched to save the pub where Pink Floyd‘s Syd Barrett and David Gilmour first met.

Barrett is said to have crossed paths with the band’s future guitarist and co-lead vocalist at The Crown in Cambridge in the late 1950s. Now called the Flying Pig, the pub and grassroots venue is facing demolition as part of ongoing redevelopment plans.

Pace Limited was initially granted permission to tear the building down. Following an outcry from locals, however, it later revised its plans in a bid to keep parts of the pub, though these were ultimately rejected.

Back in June, the Flying Pig’s managers Matt and Justine Hatfield said they had been given six months to vacate the property. They have lived above the Hills Road pub for the last 24 years.

As previously reported, the pair were given notice to leave by today (October 27).

The appeal was issued to the government’s Planning Inspectorate, with a final decision expected to be made next year. “A successful appeal will protect and preserve the Flying Pig,” said Pace Limited.

We are deeply saddened to have to announce that, despite the public outcry and overwhelming love and support for our…

“The [rejected] plans would have seen the Flying Pig preserved and enhanced with greater accessibility so that everyone in Cambridge and further afield could visit this popular free house, and live music venue.”

The site has been under threat for over a decade, with plans to redevelop the area first approved by Cambridge City Council in 2008.

Matt and Justine Hatfield had raised money through a Crowdfunder and an Arts Council cultural recovery grant to see them through the coronavirus pandemic.

“We were just getting back on our feet, and business was looking healthy with our music back in the garden,” they explained over the summer.

Last month David Gilmour shared a demo version of ‘Yet Another Movie’ ahead of the reissue of Pink Floyd’s ‘A Momentary Lapse of Reason’, which arrives tomorrow (October 29).