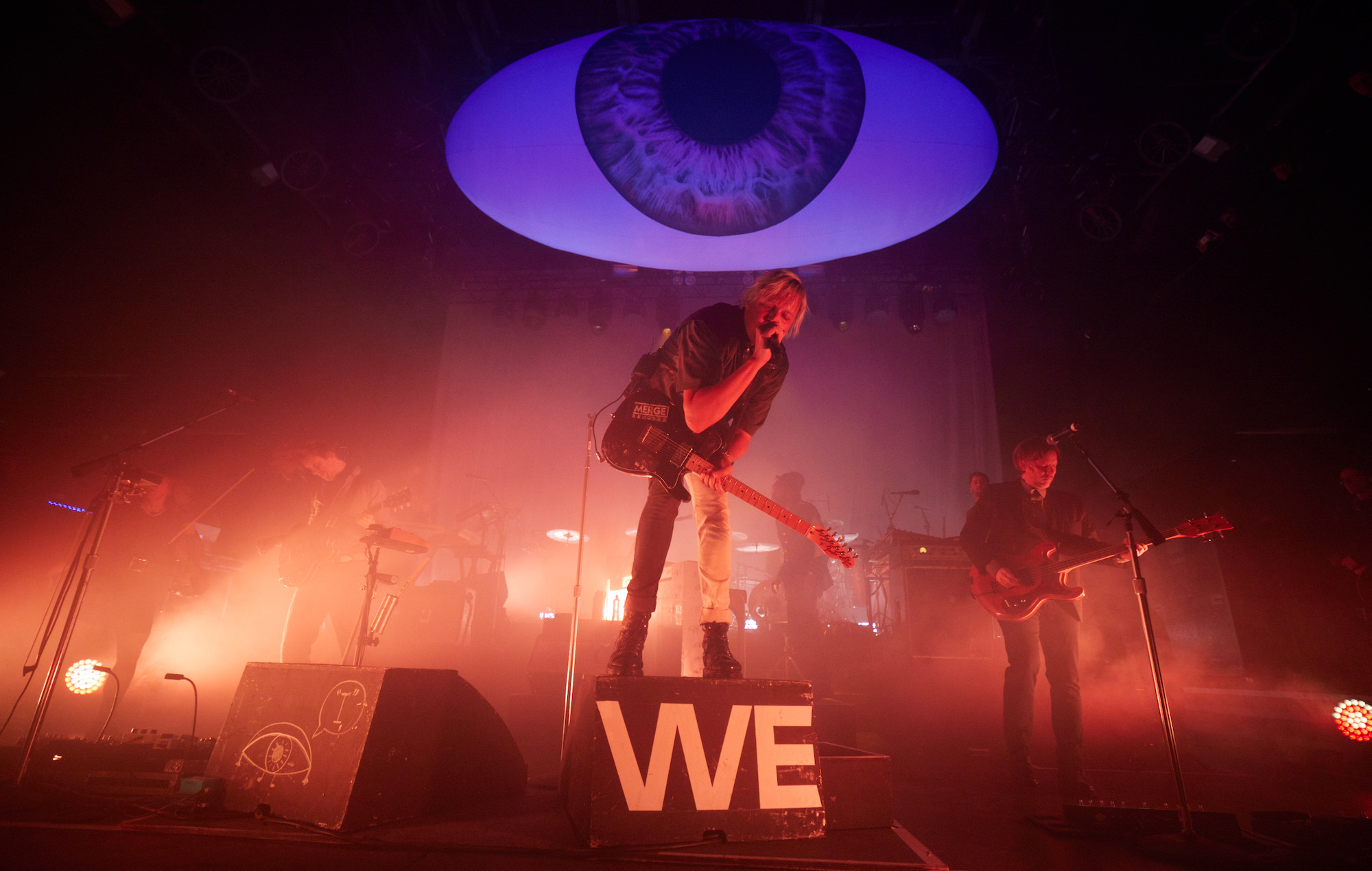 On Thursday night (May 12), Arcade Fire took to The Tonight Show Starring Jimmy Fallon to perform ‘Age of Anxiety II (Rabbit Hole)’ – check out the performance below.

The band have been playing a number of late-night TV slots around the release of new album ‘WE’, which came out last week (May 6) and gave the band their fourth UK number one album.

The band then took to Fallon this week to share another track from the new record. For the rendition of ‘Age of Anxiety II (Rabbit Hole)’, the band were watched over by a giant eye, the same that hung above the stage for the band’s recent London gig at KOKO.

Reviewing ‘WE’, NME wrote: “Our global journey from fear to appreciation is played out in what Arcade Fire themselves accurately describe as a ‘concise 40-minute epic’. Philosophically, they haven’t been so focussed since 2010’s ‘The Suburbs’, nor so musically dramatic since 2007’s ‘Neon Bible’. Subscribe.”

On the album’s release day, the band announced a massive 2022 world tour that Win told NME he hopes will be “the definitive Arcade Fire tour.”